The construction is planned to start in June 2020 and end by June 2022, where the operation of the hub should start.

Asimwe pointing as Jakobsen (in shades) looks on at the Gulu Railway Station where the Gulu Logistics Hub is set to be built. (Photo by John Odyek)

The construction is planned to start in June 2020 and end by June 2022, where the operation of the hub should start.

INFRASTRUCTURE
Brian Asimwe, an engineer with the Uganda Railway Corporation (URC) has said the design for the $29m (sh107b) Gulu Logistics hub has been completed.
Asimwe said 24 acres out of the 54 acres of the land for the project located at the URC land in Gulu will be used in the initial phase of the project.
The construction is planned to start in June 2020 and end by June 2022, where the operation of the hub should start.
The European Union and UK's Department for International Development (DFID) are funding phase one of the project estimated at $8m (sh29.4b). The funds are available through Trade Mark East Africa. With the completion of phase one, the port can be operated.
The Head of Mission at the Danish Embassy in Uganda Magbrit Holm Jakobsen who led the team said the hub will help ease movement of bulk cargo for traders. 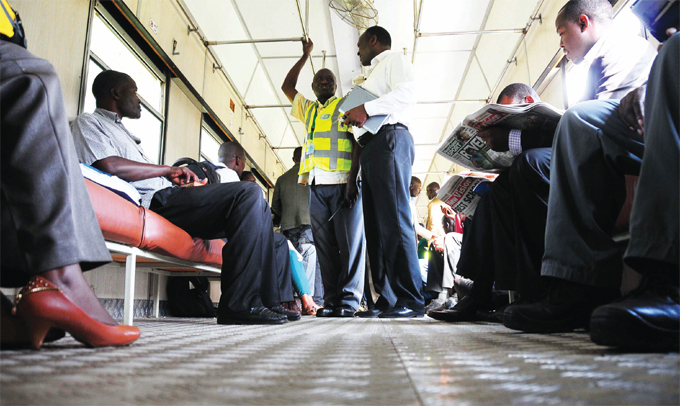 Jakobsen said the planned rehabilitation of the metre gauge railway line between Gulu and Tororo there will help increase movement of cargo by rail as compared to by road.
"The movement of cargo by rail is better for the environment and the roads. It will be easier for traders to move bulk commodities, it is cheaper," Jakobsen said during an inspection visit to the project site.
Moses Sabiiti, the TradeMark East Africa country director for Uganda and South Sudan said the project will contain warehouses, container terminals and general lifting equipment for trucks to load and offload.
"Once goods can move more employment will be created, production will increase," Sabiiti said. He said a tender will soon be put out to select a contractor.
"The operation of the hub will be tendered to the private sector, they will run it as a concession," he said.
The hub is designed as a dry port with both rail and truck terminals. Cargo transportation into and out of the hub will be through roads by trucks as the railway link from Tororo to Gulu gets rehabilitated.
The ministry of works and transport in a bid to set up a logistics hub in Northern Uganda to accelerate economic growth in the region proposed that the hub be established on land belonging to the Uganda Railway Corporations.
The land is adjacent to the current Gulu Railway Station. Several studies have shown that Gulu is favourable to host a hub because it is served by international trunk roads linking Mombasa, Kampala, and Juba.
Gulu Town is crossed by the international one-meter gauge railway, it has the largest airfield after Entebbe, it offers bulk storage for goods and it is a waiting point for cargo trucks.
Sabiiti said Trade Mark East Africa will advertise for bidders this month and within three months together with the ministry of works, they would evaluate the bids and select a contractor within six months.
He said the contractor was expected to complete phase one of the project within one year after starting in October.
Damali Ssali, senior programme manager Trade Mark East Africa explained that the farmer's sector in Gulu would benefit from the hub as Gulu produces plenty of grains such as groundnuts, maize, simsim, and rice.
"There will be a warehouse to receive and store the grain. There will be workers in the value chain of the logistics hub and large players in the logistics industry," Ssali said.
Benon M. Kajuna, director of transport, ministry of works and transport said a local consultant UBUNTU and UK based Turner & Townsend has designed the hub. Kajuna said everything was in place to move the project forward.
"The hub will serve the Northern Region, South Sudan, and DR Congo. It will improve logistic movement in Uganda to reduce transport costs, improve efficiency in the movement of goods," Kajuna said.
The Gulu Logistics Hub will create many jobs in maintenance, assembly, machinery repair, dry docking, packaging, labeling, and administrative work. Other opportunities such as accommodation services, hotels, restaurants, and retail shops will be created thanks to the new infrastructure.
It will also provide handling and storage facilities, space for stakeholders dealing with freight transport; freight forwarders, shippers and transport operators and accompanying services such as customs inspections, tax payment, maintenance and repair, banking and information communication technology.