Mahmoud 'Trezeguet' Hassan scores the winning goal to get hosts Egypt off to a winning start in the Africa Cup of Nations 2019 in Cairo.

Mahmoud 'Trezeguet' Hassan scores the winning goal to get hosts Egypt off to a winning start in the Africa Cup of Nations 2019 in Cairo.

CAIRO - Mohamed Salah's Egypt started their bid for a record-extending eighth Africa Cup of Nations trophy on Friday with a 1-0 win over Zimbabwe in Cairo in the opening game of a tournament expanded to 24 teams and played in June and July for the first time.

Liverpool star Salah, on a redemption mission with Egypt after injury derailed a miserable World Cup campaign last year, looked sharp although the hosts needed a 41st-minute goal by Mahmoud 'Trezeguet' Hassan to get off to a winning start in Group A.

In keeping with April's spectacular tournament draw under the gaze of the Sphinx, a striking 30-minute opening ceremony preceded kick-off in Cairo, where a backdrop of pyramids and statues from Egyptian mythology set the stage for a fireworks display to illuminate the ground.

The arrival of the Egyptian players for the warm-up induced a deafening roar from the capacity 75,000-crowd, who predictably reserved the loudest reception for Salah as his name was read out among the starting line-ups.

With the temperature having dipped to a more palatable 27 Celsius (81 Fahrenheit) by the start Egypt, the tournament favourites and 2017 runners-up, immediately looked threatening, Salah orchestrating much of the attack as he swung in a pair of teasing crosses -- the second forcing Edmore Sibanda to tip over a looping Marwan Mohsen header.

Salah was again involved 10 minutes later, intricately exchanging passes on the edge of the Zimbabwe box to carve out a chance for Abdallah Elsaid, whose shot was palmed away by Sibanda before Trezeguet lashed over the rebound.

As Zimbabwe struggled to develop any sort of rhythm with outstanding midfielder Khama Billiat contained, Salah again had a boisterous, largely red-clad crowd on their feet when he wriggled past his marker only to shoot over from a difficult angle. 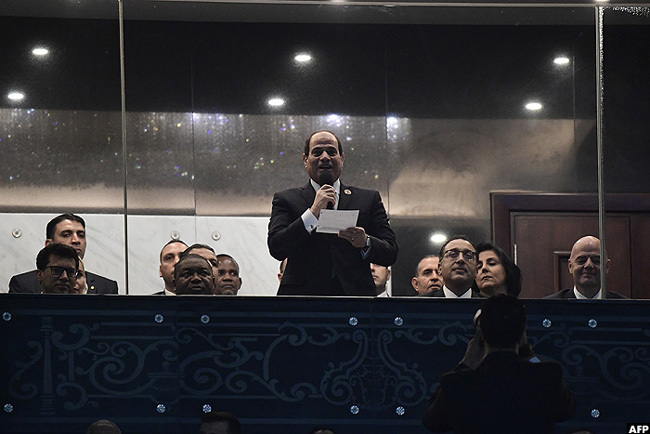 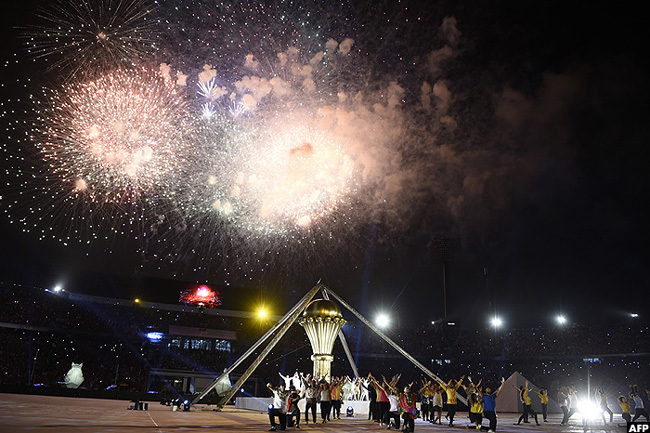 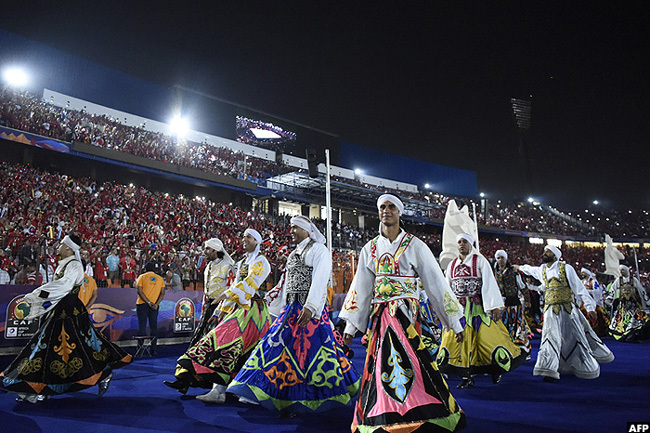 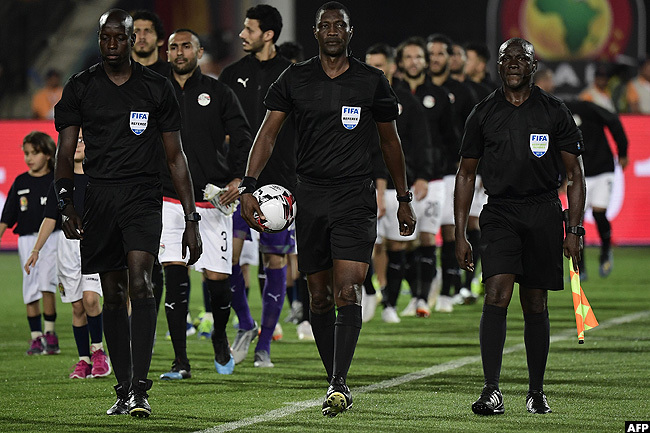 Trezeguet rises to the occasion

A blocked attempt by Zimbabwe captain Knowledge Musona represented the southern Africans' lone genuine attempt in the first half as a dominant Egypt eventually broke through just before half-time.

Zimbabwe's efforts to play out from defence backfired and the talented Trezeguet, formerly of Anderlecht and now with Kasimpasa in Turkey, shifted the ball onto his right foot before sweeping clinically into the far corner.

Trezeguet, who scored three times in five qualifiers for the event, was quickly sensing another when his curling 20-yard strike was flicked behind by a sprawling Sibanda.

The Zimbabwe goalkeeper felt the brunt of a crunching collision with Mohsen on the hour, producing a courageous stop to deny the forward after a clever first touch created the opportunity.

Sibanda was again tested low to his right by a Salah effort on his weaker foot, with Egypt 'keeper Mohamed El Shenawy finally called into action to handle a speculative Billiat drive just before the second of two mandated heat breaks on 70 minutes.

It appeared Salah's moment was going to arrive in the final minutes but Sibanda plunged low to his left, with substitute Amr Warda perhaps offering the forward a better option across the face of goal.

Egyptian hearts were momentarily in mouths when an unmarked Evans Rusike rose to meet a cross but he was unable to keep his header down, allowing Egypt to emerge with an opening three points in their quest to win the competition for the fourth time as hosts in five editions.

The Democratic Republic of Congo and Uganda are the other teams in Group A and they meet Saturday at the same venue, while Nigeria begin their campaign against newcomers Burundi in Alexandria.

Guinea meanwhile take on Madagascar, the second of three countries appearing in the event for the first time. 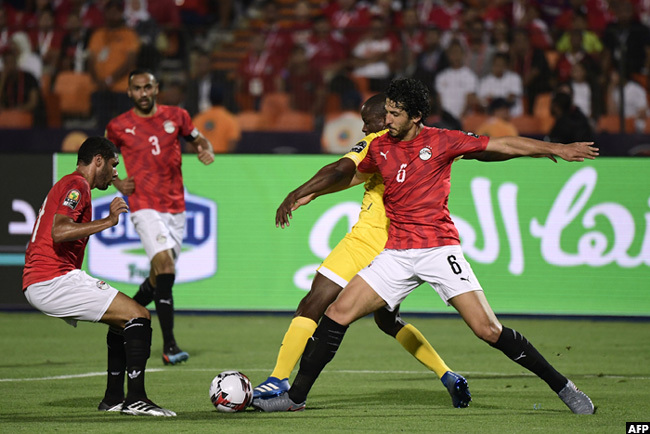 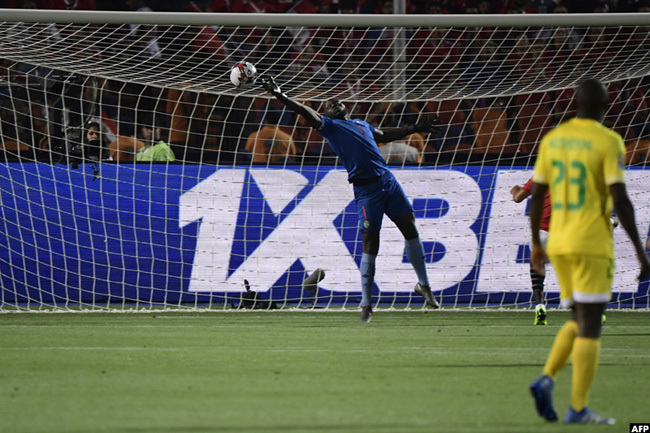 Zimbabwe's goalkeeper Edmore Sibanda was a very busy figure in the opening half. He was later replaced, injured, by Elvis Chipezeze in the 79th minute. 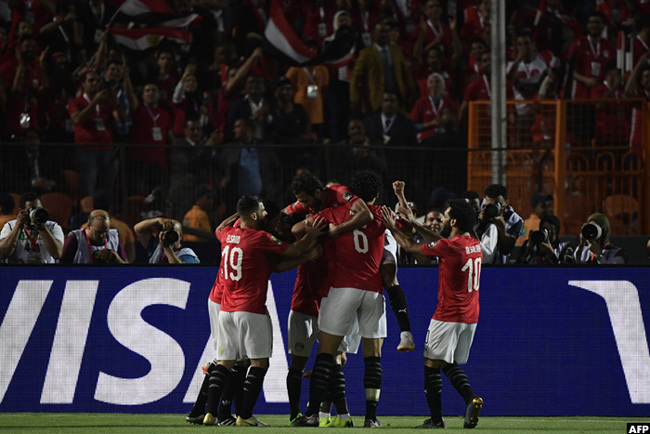 Despite Sibanda's brilliance, he could not keep out Trezeguet's effort in the 42nd minute 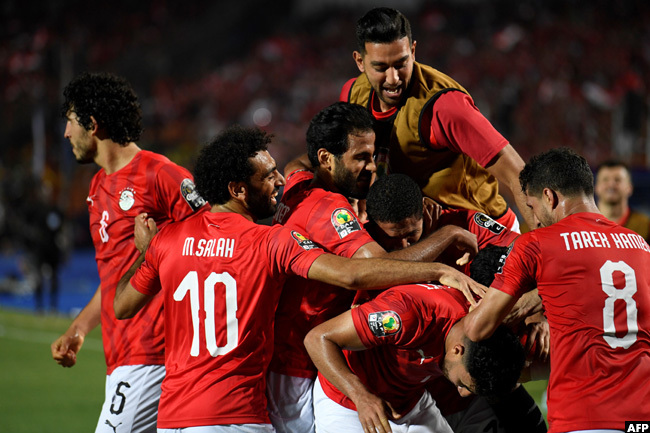 And when the forward scored to give the hosts the lead, Cairo erupted! 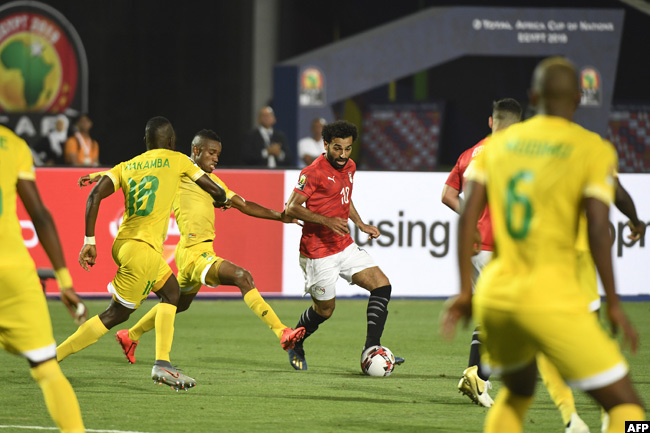 Liverpool star Mohamed Salah huffed and puffed, but he was often kept at bay by his minders 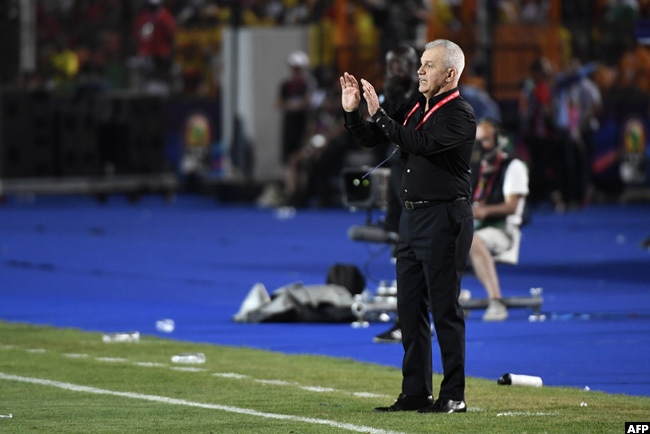 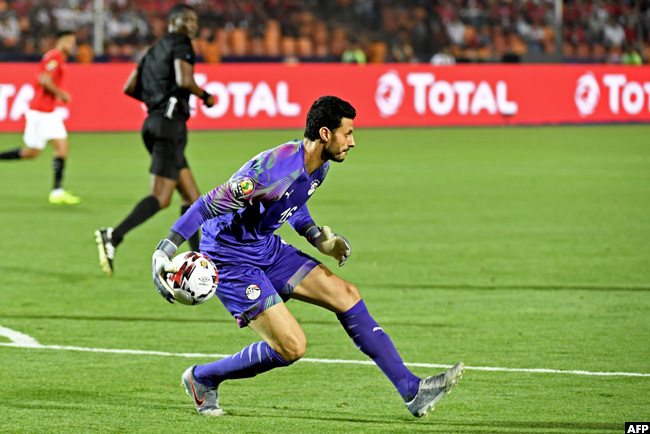 How to use volume two of the new curriculum