The coaches who've steered the Cranes at past AFCONs

David Otti is the only coach to have led Uganda at two separate AFCON tournaments. File Photo

A total of six coaches have led the Cranes to the Africa Cup of Nations since Uganda's maiden appearance at the continent's soccer showpiece in 1962.

Two of these Milutin Sredojevich and Sebastien Desabre have been foreigners.

This is a chronology of how each of the men fared at the respective tournaments.

He was Uganda's first coach at the final tournament of the Africa Cup of Nations. This being Uganda's maiden appearance, not much was expected an indeed the Cranes lost 2-1 to then United Arab Republic (Egypt) 2-1 and Tunisia 3-1.

Like his predecessor, Robert Kiberu also couldn't lift the Cranes from the group stage 1968 tournament. Uganda lost all its three matches to Ethiopia, Ivory Coast and Algeria.

He had the unenviable task of taking a relatively young team from the group. But like Yiga and Kiberu, Otti also couldn't lift his boys to new heights. 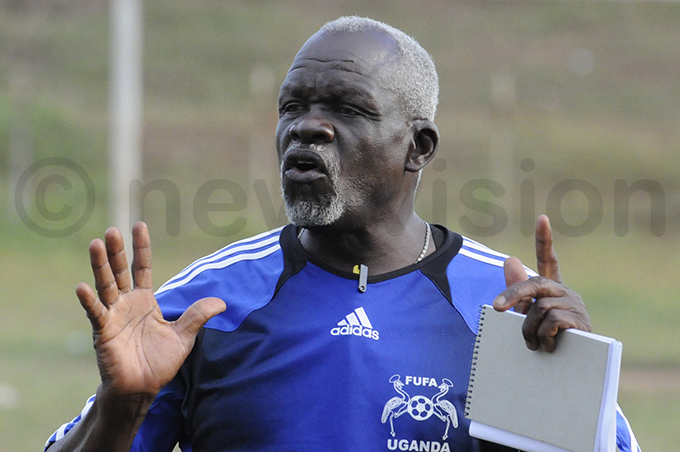 Otti failed in this mission but was still credited in earning Uganda's first point of the tournament when he drew with Ivory Coast.

Whatever Otti had achieved in 1974 edition seemed to fizzle out at the next edition. The Cranes lost all their three matches finishing last in a group that also had Guinea, Egypt and Ethiopia.

He is undoubtedly Uganda's most successful coach. After a fruitless outing in the previous edition where Uganda failed to rise from the group, they were much better in 1978. Starting off as underdogs, Okee led the Cranes past Congo 3-1 then slipped against Tunisia 1-3 before outwitting tournament heavyweights Morocco 3-0 to top Group B. It was the first time Uganda was getting out of the group and they had done it in style. A semi-final date with Nigeria followed. Okee was again totally in charge as the Cranes beat the Green Eagles 2-1 thanks to Abbey Nasur and Omondi goals. It was again Omondi again inflicting the damage as he tore the opponents' back-line to pieces. Okee had led Uganda to a historic final. The final against hosts Ghana, however, turned out to be another story. Not even Okee could inspire his troops against the Black Stars. The hosts seemed determined to do everything within their means to triumph. Ghana won 2-0.

He stands out as one of Uganda's most successful coaches because he ended a 39-year absence from the Nations Cup. At the 2017 finals, the Cranes couldn't progress from Group D. 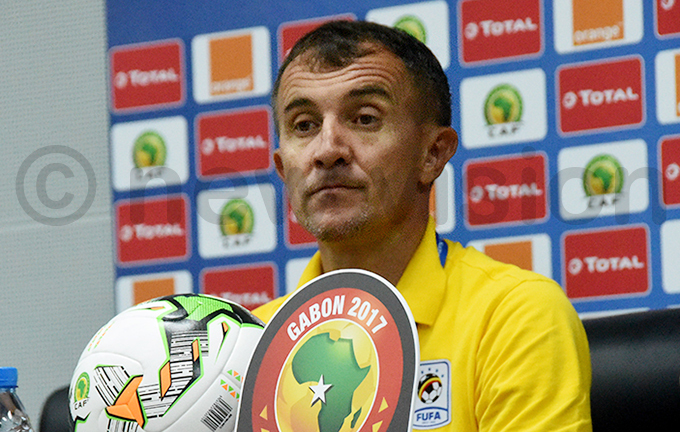 Under Micho, Uganda failed to win a match at the tournament, getting eliminated at the group stages. File Photo

Based in the Southern coastal city of Port Gentil they lost their group matches to Egypt and Ghana before drawing with Mali.

With Sredojevic as his predecessor, the Frenchman, who took up the job in December 2017, had big shoes to fill. He limped at the start of his three-year contract losing a string of matches but when it got to qualifiers proper, he got his act together. He was also boosted by a relatively weak group of Tanzania, Lesotho and Cape Verde. That and also the fact that qualification had also been eased with a 24 team tournament from the earlier 16. 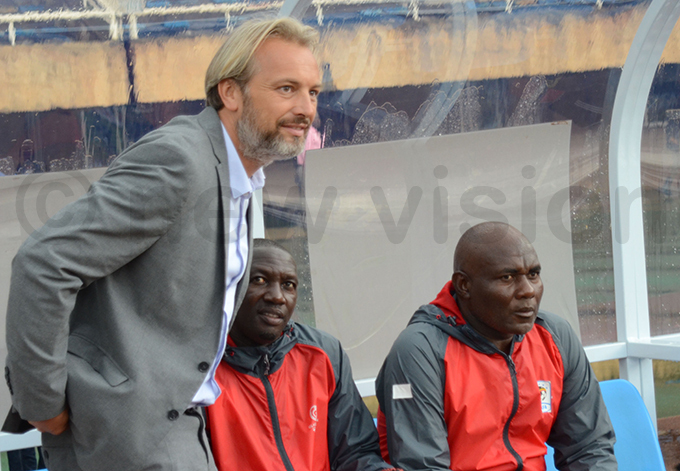 Sebastien Desabre will be hoping to go one better than his predecessor. File Photo

He not only topped his 2019 Nations Cup qualification group but also booked a ticket to Cairo with a match at hand. That had never happened. What was otherwise an impeccable run to Egypt was however undermined by a final group 3-0 demolition by Tanzania in what many felt were suspicious circumstances. His main task will, however, be Egypt where he has to emulate Okee by taking the Cranes to the last stages of the tournament.

Oyam gets sh1b for water