Full Bulletin: BOU saga: Who is fooling who?
Next Story

Director of Public Prosecutions Mike Chibita interacting with the head of the anti-corruption division of the High Court, Judge Lawrence Gidudu during the public dialogue at Hotel Africana. Photo by Nancy Nanyonga

Judges have said that the penalties set out in the laws against officials convicted of corruption are not deterrent.

Speaking at a public dialogue on corruption on Wednesday, Justice Mike Chibita, the Director of Public Prosecutions (DPP) said that the sentences set out on the various Anti-graft laws, are too light to act as a deterrent to corrupt officials.

"I am very uncomfortable with sanctions in the law. They are very light," he said.

Justice Lawrence Gidudu, the head of the anti-corruption court, noted that if the law is relaxed a little bit, their range of sentencing will widen too.

He noted that even when they issue orders, they cannot execute them because of the limitations in the law.

"Under the law on elections, bribery is enough to overturn an election but the law is strange, it requires the court to make a report to the DPP who is also required to ask the police to investigate the matter and then it takes over the prosecution. Yet one would be disqualified immediately when evidence on bribery is presented," he said.

He urged the members of the public to implore their legislators to make changes to the law to include more deterrent penalties.

The dialogue, attended by journalists, civil society, judges and anti-graft agencies was held under the theme ‘enhancing collective action in Uganda's anti-corruption response'. It was held at Hotel African and organised by the Office of the Director of Public Prosecutions and the Justice Law and Order Sector. The funders were Sugar Technical Advisory Facility, UKaid and European Union. 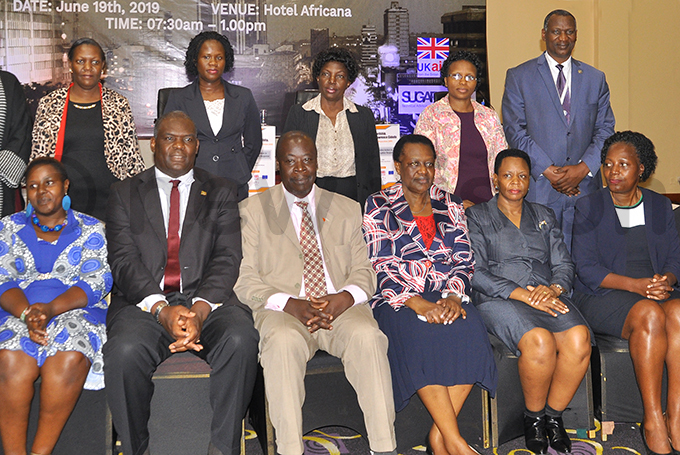 Gidudu called for a collective effort towards the fight against corruption, noting that evolves every day bringing with it complexities that cannot be handled by only one agency.

"Corruption is not like a robbery. You won't see it. It is more complicated and citizens need to be empowered to identify it and be able to follow up," he said.

He noted that the fight against graft has been made more complex by the young people who view those who amass wealth corruptly as role models.

"Young people see the corrupt as role models; successful, hardworking, creative and industrious. They tend to admire such a person. They see a thieving young person acquiring property and they say he works in a good place," he noted.

He said it's hard for such a person to accept that the corrupt are stealing from them and that it is their duty to demand accountability from public officials.

He noted that corruption during elections has trickled down to primary schools where pupils, vying for political leadership in schools, spend money on sweets, campaign posters in order to buy votes.

He said these campaigns should be immediately abolished in schools because they groom children into adults who glorify corruption.

Angela Byangwa, the Executive Director Anti-Corruption Coalition, Kabarole Chapter, also concurred with the judge, arguing that schools should make it a policy to disqualify any pupil found giving out sweats or using posters to campaign, from participating in the elections.

Norah Njuba-Bwaya, the chairperson of the Institute of work culture and ethics, called for a mindset change and moral education among the young people in order to combat corruption.