Revival of co-operatives will raise farmer...
Next Story

Tourism is Uganda’s leading export earner, grossing in about $1.4b in 2018

Tourism is Uganda’s leading export earner, grossing in about $1.4b in 2018 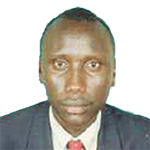 River Nile is a gem. Stretching for 6,695km, it is the world's longest river. It breaks off from its mother, Lake Victoria; Africa's largest freshwater and runs swiftly through a glorious realm of low-lying U-shaped valleys on its way to the Mediterranean Sea. The Nile too is the only river in Africa named in the Bible. What a joy!

The Nile is flanked by Murchison Falls National Park (MFNP). MFNP today is a major drawing card for area tourism. It is thousand-plus annual visitors makes it Uganda's most visited park. At the heart of this drama sits Murchison Falls, where slow-running Nile water is suddenly squeezed in between a narrow 6-metre rock gorge, gaining velocity as it plunges more than 45 metres deep, over a rapid at a rate of 300 cubic metres per second.

The waterfall is a frothing rampage that makes it one of Uganda's most photographed sights. After initial scrambling down, the bubbles ease and soon pick up a normal path - wearing a rainbow-coloured flume several feet long as it drops to water level. The spinning water offers a pristine setting for a playful school of colourful fishes that live in the bay.

The falls' untamed wilderness is alive with bird music most time of the year. Flocks of shorebirds can be spotted wheeling and crackling overhead: the warblers, flycatchers, kingfisher, herons, waterfowls, stork, ducks, egrets and wading birds - name them. Frogs muck about in the cool sprays of the bay. In the nearby savannah grassland, larger mammals - the buffaloes, elephants, rhinos - graze with ponderous dignity. The park houses about 450 bird and 76 mammal species.

Gazing for the first time upon Murchison falls timeless beauty, with its unspoiled wilderness of native woods and grasslands, Sir Winston Churchill campaigned in 1907 to have the area preserved as a state park. Describing it as the "Grand Kew Garden," the islet was gazetted as a game reserve in 1927 to protect the lush-green savannah meadow. Today, the charm of the area remains in its undisturbed wilderness that makes an arresting sight that lures visitors again and again. Tourists paddle boats to enjoy the placid falling waters and cool breeze on their faces.

Currently, tourism is Uganda's leading export earner, grossing in about $1.4b in 2018, contributing about 10% to the GDP. The sector employs about 520,000 people directly and one million indirectly - 70% of whom youth and women. No doubt, tourism presents a huge potential for Uganda in terms of economic growth, jobs and wealth creation.

Now, our planners have hatched a "bright" idea to install a dam on Murchison Falls. Trading off this one-of-a-kind natural wonder for a dam is in itself a shame - a big public shame.

Our policymakers should know better than all of us how dangerous it is to gobble up such a treasure for a dam. Tourism falls in a highly competitive international industry with many destinations fighting to increase their share of annual visits in the $ 7.7 trillion tourist industry worldwide. Uganda faces a big challenge from its geographic proximity to larger, better-known competitors like Kenya who offer similar products.

The government should hear the citizen's pleas and immediately drop this plan! All our best!

The writer is the CEO of the Nile Dove, Nebbi - a nature and culture tourism marketing agency