No new confirmed cases of Ebola, says heal...
Next Story

Andrew Mukasa aka Bajjo in the dock at the Buganda Road Court where he was charged. Photo by Sylvia Katushabe

Music promoter Andrew Mukasa popularly known as Bajjo has been remanded to Luzira Prison on charges of inciting violence and offensive communication against President Yoweri Museveni.

Bajjo appeared before the Buganda Road Court Grade One Magistrate, Stella Amabiris, at about 5:30 pm who read out the charges to him.

However, Bajjo, 29, who appeared crestfallen, denied the charge of inciting violence but pleaded guilty on offensive communication.

At that point, his lawyer Erias Lukwago informed the magistrate that his client did not understand the second count due to what he called poor interpretation by the court clerk.

After an exchange between Lukwago and the magistrate, the case was stood over for 10 minutes to get another interpreter in vain.

When the hearing resumed, the magistrate instead adjourned the case until June 25 when Bajjo will take plea on the second count.

The prosecution alleges that during the month of June 2019 at various places of Masaka, Mbarara, Ibanda and Kampala, Bajjo incited members of the public to carry out violent acts against the person of the President. 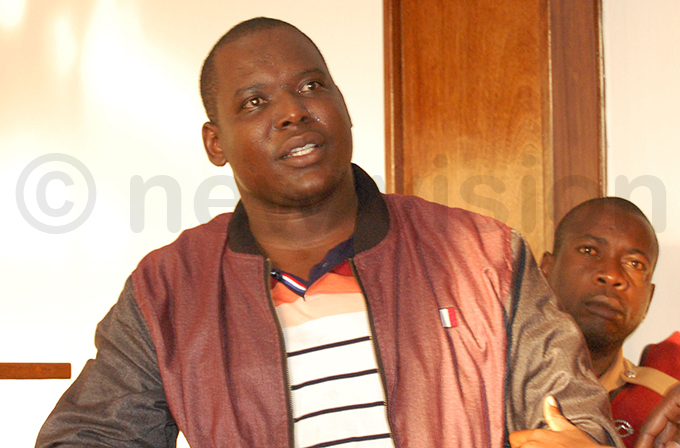 In regard to offensive communication, the state alleges that Bajjo also in June this year with the intent to disturb the peace and privacy of the President, recorded a video and posted it on social media containing messages that he would overthrow the government before 2021.

According to the prosecution, Bajjo allegedly used his mobile phone to make the suggestion with no purpose of legitimate communication.

Bajjo was arrested on Saturday at Mix Lounge, Centenary Park immediately after a press conference in which he announced a marathon organised to facilitate Kyadondo East Member of Parliament Robert Kyagulanyi aka Bobi Wine, to recoup money he lost in failed concerts.

Bajjo was in the company of his colleague Abby Musinguzi alias Abtex during the press conference but security operatives only picked him.

In May 2019, the duo sued the Police and the Attorney General at the civil division of the High Court over stopping Bobi Wine organising his Kyarenga concerts.

According Musinguzi, the concerts had been organised in the districts of Kampala, Lira, Gulu and Arua from April 22 to May 5.

The events companies say that they had entered into an agreement with Bobi Wine and his crew to provide entertainment at sh230m through the Easter festivities but the Police blocked them.

Bajjo and Abtex claim that they had paid a non-refundable booking fee to Bobi Wine constituting half of the total cost for the four shows, but they have since suffered economic loss as a result of the cancellation of the concerts.