Toro's Attorney General writes to Mumbere's lawyers protesting his alleged recent decision to lay claim to part of the kingdom.

Toro's Attorney General writes to Mumbere's lawyers protesting his alleged recent decision to lay claim to part of the kingdom.

The Attorney General of Toro kingdom, Titus Bitebekezi, has written to the lawyers of Rwenzururu leader Charles Wesley Mumbere protesting his alleged recent decision to lay claim to part of the kingdom.

In his affidavit last week seeking the High Court to vary his bail conditions to enable him attend his mother's burial, Mumbere is alleged to have attached an affidavit in support whose contents irked the top leadership of Toro.

An affidavit is a written sworn statement of fact voluntarily made by a deponent under an oath or affirmation administered by a person authorised to do so by law to be used as evidence in court.

In one of the paragraphs of the said affidavit, Mumbere, according to Bitebekezi, is alleged to have laid claim to part of Toro's kingdom.

This forced Bitebekezi, on behalf of Toro kingdom, to issue a formal protest to Caleb Alaka, Mumbere's lawyer, demanding a withdrawal of the 'offensive' content from the affidavit.

"This statement is provocative, highly inflammatory and has caused concern in various quarters among the people of Toro. On behalf of the Omukama of Toro, his government and people, I am writing to protest the content of the said affidavit and draw your attention to the possible disruptive nature of such statements and claims," Bitebekezi's protest note to Alaka dated dated June 14 reads in part. 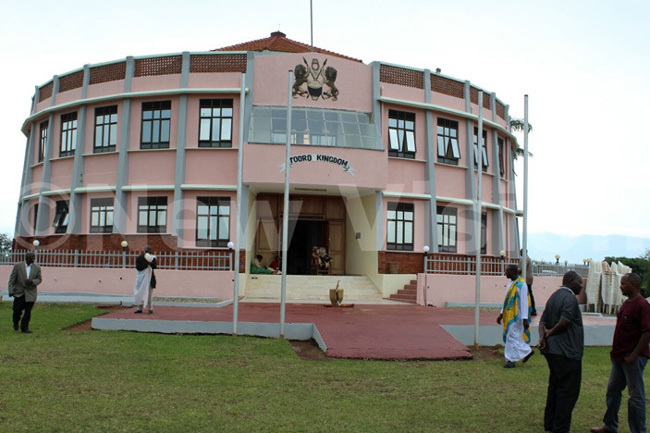 Toro Kingdom AG has written the Mumbere's lawyers over the matter

In a telephone interview with New Vision Sunday, Alaka admitted receiving the protest note. However, he pushed back against any insinuation that the ‘offensive' paragraph was intentionally put in the affidavit to offend Toro kingdom.

"I was informed about the note and we are sorry about it. But we never set out to hurt anyone," said the lawyer.

However, demands by Toro to have the said paragraph withdrawn might not be possible since High Court judge Eva Luswata has already varied Mumbere's bail terms basing on it.

Besides, a paragraph in an affidavit being found to be untrue cannot be ground for court to strike it out.

Courts in Uganda have embraced the principle of severance, allowing them to sever parts of an affidavit deemed hearsay or untrue without entirely striking it out.

Meanwhile, Fred Byamugisha, the LCII chairperson of Kakoga, Rwimi in Bunyangabu district, cautioned against statements that might unnecessarily stir tensions between Toro and Rwenzururu.

Byamugisha's sentiment is shared by Scovia Mbambu, a resident of Kasese.

"We have enjoyed good relations with Batooro for a long time. Inflammatory statements should be avoided because we do not need tensions," she said.

However, attempts to get a comment from Local Government Minister, Tom Butiime were futile.

Following his arrest in the wake of the deadly confrontation between security forces and his royal guards in November, 2016, the High Court granted Mumbere bail on condition that he keeps within the precincts of Kampala and Wakiso.

In varying the aforesaid bail terms, lady judge Luswata granted Mumbere 14 days to travel to Kasese for his mother's burial but desist from any unrelated activities.

But he decided not to travel. His mother, Christine  Biira Mukirania, was laid to rest in Bundibugyo district.