The fight between the former vice-president, Prof. Gilbert Bukenya and his wife, Dr Margaret Mary Musoke Bukenya over property rages on.

The wife has refuted Bukenya's claims that she did not contribute to the purchase and development of the Katomi property in Entebbe.

In response to her husband's rebuttal to the divorce petition, she says it was financed by family income, earned from rent paid by the Government for use of their matrimonial property at Ntinda.

The Government was paying rent for their home, which was being used as vice-president's residence and office during his eight-year tenure in office.

In her reaction to the family court, filed on June 6, 2019, through her lawyers, Bukenya's wife demands that court grants her half of all properties in which Bukenya claims sole ownership.

She is also seeking alimony commensurate to her station in life and for Bukenya to pay costs of and incidental to the petition. 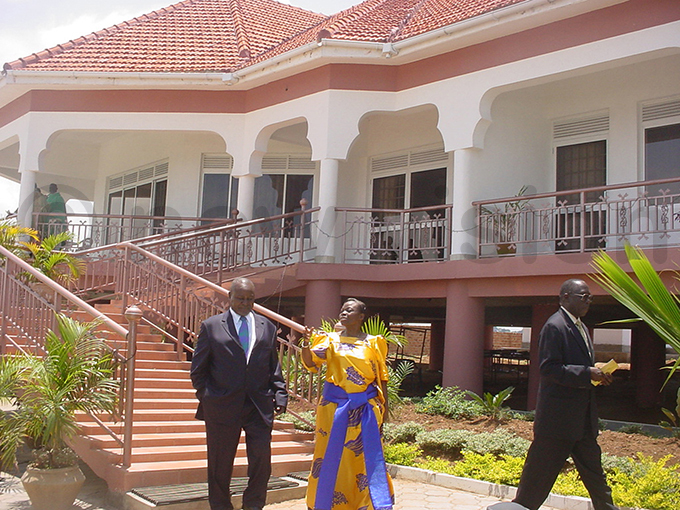 The Bukenyas pictured at the Garuga home in September 2006. File Photo

She also denied allegations that Stella Njuba contributed to the purchase and development of properties in Kakiri town.

"I did not only contribute to the purchase and development of these properties but also in the establishment and operational management of Francisca Clinic. I withdrew after Bukenya blocked me from accessing properties in Lwantama and Kakiri," she said.

While accepting Bukenya's offer of the matrimonial home at Plot 10, Muwafu Road in Ntinda, Musoke complained that he had refused to add her as a joint owner during the renewal of the expired leases for the Ntinda properties.

The Bukenyas are in court after Musoke filed for divorce saying her husband abandoned their home in Ntinda in July 2012 and took residence at Garuga, Katomi.

He later cut communication with her, resulting in humiliation of going through third parties, including staff and mistresses, to contact him. She asserts that there was never mutual consent to live separately.

What do teachers, pupils say?