This year's Rolex Festival looks at improv...
Next Story

Fatiah Naigaga delivered the petition on behalf of the youthful group at Hotel Africana in Kampala. (Credit: Mpalanyi Ssentongo)

KAMPALA - A group of teenage girls from across the country have petitioned the Ministry of Information and National Guidance, calling for the immediate ban of a song by Ugandan musician Walukagga Shafik, better known by his stage name Fik Fameica.

In her presentation, student Fatiah Naigaga from Kamuli Progressive College said the song undermines women and sends a negative message to the public.

"These are part of the negative media messages that influence and portray women and girls as mere objects. This should stop if the country wants to attain equal space for both boys and girls," she urged.

The girls made the presentation before the Speaker of Parliament, Rebecca Kadaga, at the Plan International official launch of the Girls Get Equal Campaign in Kampala on Friday. 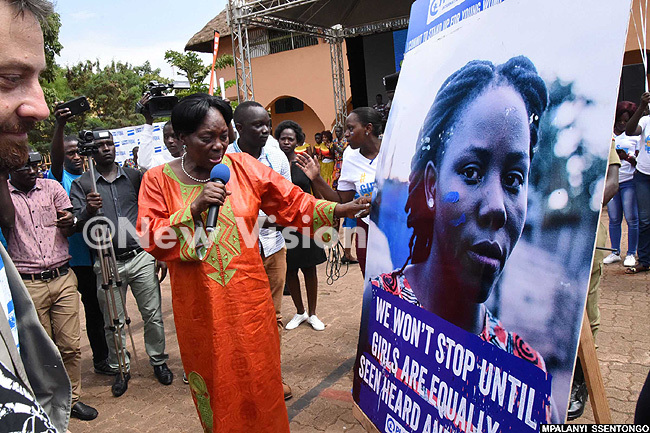 "We are concerned about the cultural biasness that manifested and reproduced generations in the perceptions, values and beliefs like ‘girls have no future', ‘girls are weak-minded', ‘girls have soft hearts therefore they are indecisive', no matter the level of education a woman goes, she will end up in the kitchen'."

On her part, Kadaga pledged commitment to support the initiative and also work with other arms of government on the rights of the girl child and young women.

"We are going to fasttrack the passing of the Sexual Offences Bill, 2015, subject to the amendments proposed by the various stakeholders," she told the group.

The Speaker said they are to strengthen the national co-ordination mechanism for the different government ministries, department and agencies to effectively prevent and respond to gender-based violence. 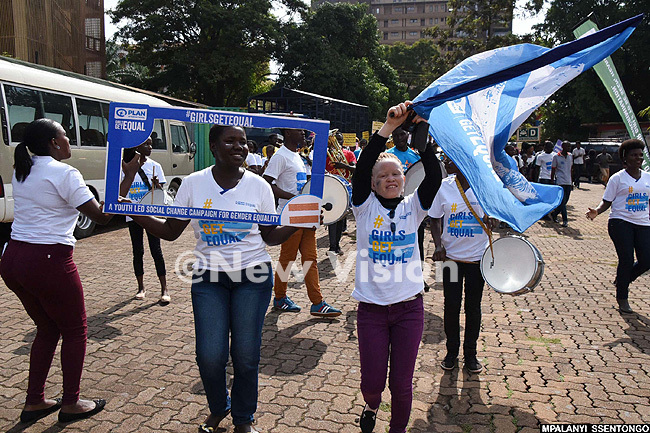 "The campaign offers a real opportunity to drive lasting change for girls' rights and equality, and to not only bring transformative change for girls, but also contribute holistically to national development," she said.

The drie had a two-week caravan traversing parts of Uganda aimed at changing  the way girls are valued in society so that they no longer have to face injustice, oppression, discrimination or stereotypes that pull them down. 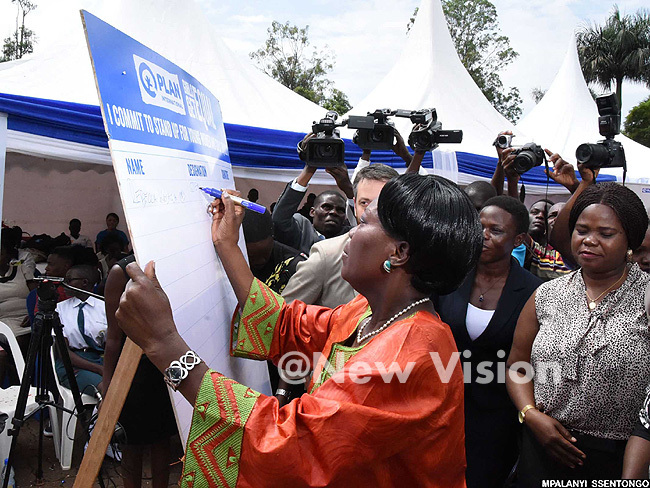 The Girls Get Equal Campaign is spearheaded by Plan International Uganda

Couples test for HIV for Valentines

Couples test for HIV for Valentines