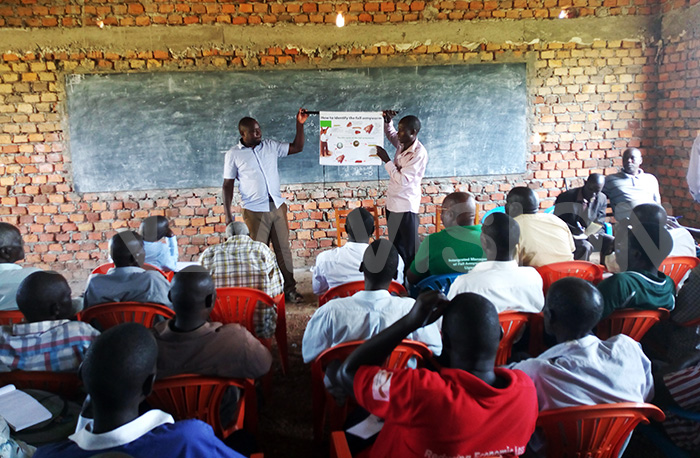 SOROTI - A total of 180 farmers in Soroti district have been equipped with knowledge in various methods of controlling fall armyworm.

The farmers from different parts of the district attended the one-day training at Kamuda parents secondary school conducted by the National Agricultural Research Organization (NARO) on Thursday.

Moses Ebellu, the senior research technician at NARO said farmers are able to apply various chemicals on their farms.

He added that they can now use chemical, mechanical and traditional methods for controlling the army fall worm.

William Engwau, one of the farmers who attended the training said he learnt that in order to cheaply control this worm, early planting of cereals is very important.

Jaction Opio, another farmer said the training is the first of its kind. He added that he has been spraying his farms without protective gears not knowing it puts his life in danger.

"I can now control the spread of the worm on the farms," Opio added

James Peter Odyeny, the Soroti district agricultural officer emphasized the need by farmers to put what they have learnt into practice.

He also warned them against buying chemicals from the open markets to avoid fake drugs.