MENU
What is the fate of the planned SAGE national roll out?
Previous Story

Prof. Nsibambi and the enigma of Mengo's fallout with intellectuals

Mengo emerges as systematically anemic to any intellectual penetration which rises above its establishment thinking.

Mengo emerges as systematically anemic to any intellectual penetration which rises above its establishment thinking.

By Sam Mayanja
The ground is littered with the intellectuals who over the years have fallen out with Mengo.
The late Prof. Apolo Nsibambi may not be the last of these great Ugandans. Mengo emerges as systematically anemic to any intellectual penetration which rises above its establishment thinking.
Prof. Nsibambi was the latest joining a long line, which in recent history can be traced back to the late Matayo Mugwanya, who in 1955 stood for election by the Lukiiko for the post of the Katikkiro of Buganda.
He was a man of great intellect, a Mulamuzi (Attorney General) of Buganda, had been regent during the Kabaka's exile and played a major role in the negotiations which ushered a new constitutional dispensation in Buganda leading to the historical direct elections to the Lukiiko, election of the Katikkiro by the Lukiiko and the return of the Kabaka from exile.
This would surely be the man to steer Buganda during this critical transitional period to electoral rule. The other candidate was a Saza chief of Singo county.
Indeed, in the first ballot Mugwanya won. However, the Kabaka intervened on the side of the less endowed Michael Kintu through the dismissal of his nominees in the Lukiiko and the appointment of others who would vote for Kintu. Through this manipulation of the electoral college, Mugwanya was robbed of victory which was handed to Kintu. Mugwanya sought solace through contesting a seat in the Lukiiko and was returned as the Member of Mawokota to the Lukiiko, beating another distinguished Ugandan Paul Muwanga (who later became Vice President of Uganda). 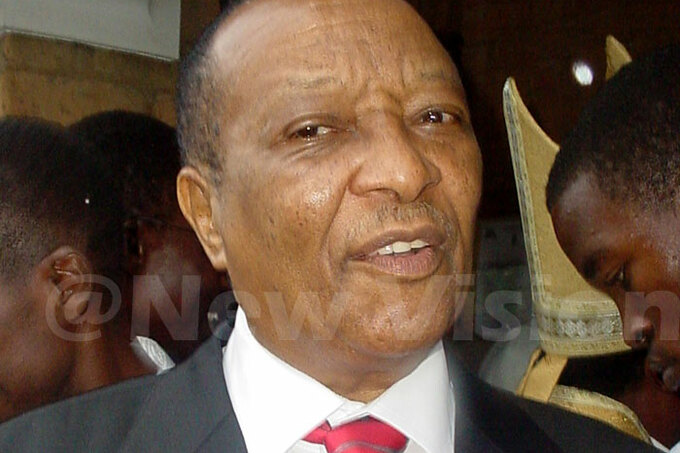 Mengo must strive to rid herself of two main evils

Why is Kiwanukaâ€™s thesis of discrimination selective?