Average start for Uganda at regional golf ...
Next Story

Deco Mutebi will be looking to progress to the finals in the Singleton. Photo by Michael Nsubuga

The Singleton Golf Challenge returns at Entebbe Club with four hot matches lined up in the semi-finals of the annual event on Saturday.

The winning team this year will get a fully paid golfing trip to watch the OMEGA Dubai Desert Classic in January 2020.

In the professionals' category, Herman Mutaawe will entertain Ronald Rugumayo as ‘home boys'; Herman ‘Deco' Mutebi and Abraham Ainamani clash in the other.

Despite playing in his first semis of the tournament, Ssubi Kiwanuka is not shaken by their opponents who they have promised to eliminate. 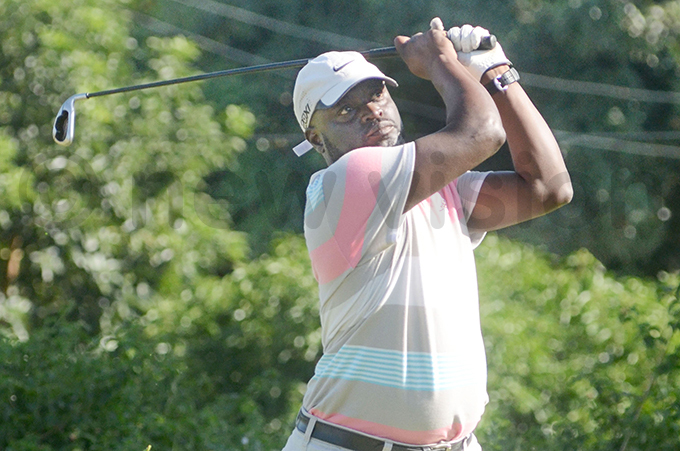 Tim Mwanda tees off during the Singleton Golf Challenge at Entebbe Club. Photo by Michael Nsubuga

"We shall go out to enjoy our game as it has been previously and the win will come naturally.

"Golf is an enjoyable game so we are not under any pressure and we don't need to strategies in any way but we know we are going to beat them," Kiwanuka said.

"I will only stick to my game plan, there is nothing special; with matchplay, anything can happen," Rugamayo stated.

Off the course, it will be a Vegas night themed 19th-hole experience where everyone is a winner; not with free-flowing Singleton Whisky.