Angelique Kidjo jets in ahead of jazz conc...
Next Story

Is Kwanjula a show these days?

The introduction ceremony that used to be a simple celebration of two families coming together has slowly degenerated into a circus and show off of money and wealth of late.

The introduction ceremony that used to be a simple celebration of two families coming together has slowly degenerated into a circus and show off of money and wealth of late.

CULTURE           MARRIAGE
Jemmy Kataike (not real names) says that he has been postponing his marriage for three years now because he cannot afford the bride price.
His fiancée‘s family is from Ankole and after attending her sister's functions, he knows he cannot afford what the family wants.
"The last one I attended was ridiculous. The boys' family came with a big convoy of posh car and the gifts were too many to fit in the compound. My family cannot afford that yet my fiancée says that the family will not accept her to marry me with less", says Jemmy. 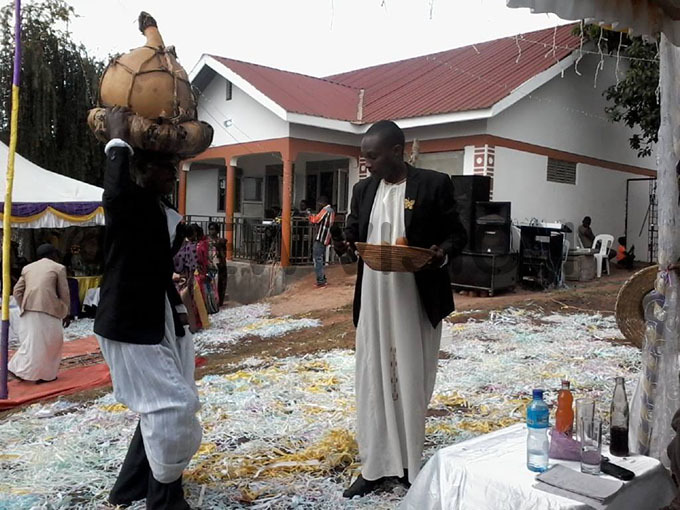 A man carrying a gourd of a local brew which is a compulsory present to the bride's father and his family
The introduction ceremony that used to be a simple celebration of two families coming together has slowly degenerated into a circus and show off of money and wealth of late.
A car, water tank, dining table, sofa set and big portraits of Kabaka, Nabagereka, Buganda map are among the many gifts that Nicolas carried to his brother's introduction ceremony.
The venue was in Bbunga. Nicolas says that when they got the list of what the family expected, they were shocked.  The family is well-off but his father and other family members almost called off the event.
Marriage today is both a blessing and a curse. Many young men are avoiding it like a deadly disease because it has turned into an exhibition of wealth. Everyone is so determined to outdo the neighbor or a relative who got married.
Some young men are just starting out and can barely afford a wedding let alone two functions while parents wish their children would marry a rich man, while the situation on the ground is totally different.
The Katikkiro of Buganda, Charles Peter Mayiga, has spoken out against extravagance. He advised people to cut down on expenses and instead re-invest in income-generating projects so that at the end of the day, people have earnings.
" Reduce on something like the number of artists performing, people who come up to greet the guests and return to the traditional way where the celebrations were done indoors until the wedding day where everyone would be invited to witness", advised Mayiga. 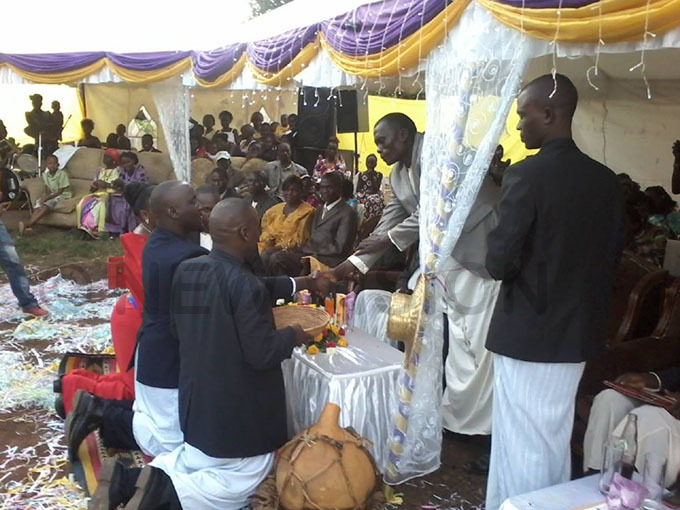 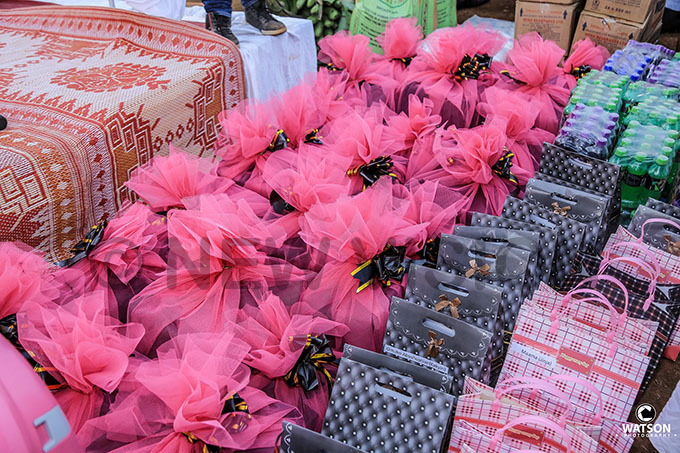 What is Kwanjula?
It is a cultural right in Uganda that comes after a series of closed-door meetings between the families of the prospective bride and groom respectively. The ceremony is carried out officially after both families have done a background check on each other's family and they are ready to relate as one family forever.
How has it changed?
From vigorous dancing and kissing in front of in-laws to massive borrowing to buy expensive gifts for in-laws.
Today, the extravagance during introduction ceremonies is common with the groom turning up with truckloads of foodstuffs, many animals like chicken and cattle, not to mention a land title, furniture, water tanks, cars, and other gifts.
This is why the Nabagereka of Buganda, said that she is to start a mission of putting the Kwanjula back onto its foundation of fewer gifts, ending in good time, privacy of the function and fewer people attending.
She wanted people to do away with these pompous introduction functions that sway away from the Kiganda culture and most importantly scare youths away from doing the honorable marriages with deficit budgets.
According to Ssenga Justine Nantume there is no respect for in-laws these days. Traditionally, it was abominable for a man to raise his voice let alone legs before his father-in-law.
But these days, the groom-to-be dances in front of his father-in-law.
"The families are even these days holding Kwanjula meetings to collect necessary money to fund introduction gifts and for the bride- to -be's' ‘family to host the in-laws".
Nantume adds that the bride tends to change their attires so much and there is always a chain of maids both girls and boys who greet the in-laws which are very expensive and time-consuming. In the past, it was forbidden for in-laws to leave the bride's home past 3 0'clock traditionally but today, an introduction ceremony can even go beyond 8:00 pm.

Grooving to a live sound