Nsibambi cared for his students

Dr. Kisamba Mugerwa, the former chairperson of the National Planning Authority and a former student under the tutelage of Prof. Apolo Nsibambi, recalls his first encounter with the late.

Dr. Kisamba Mugerwa, the former chairperson of the National Planning Authority and a former student under the tutelage of Prof. Apolo Nsibambi, recalls his first encounter with the late.

At that time he was a first year student while Nsibambi was the warden New Hall (Nkrumah).

"I was from a poor family and I could not manage the student life at the University. He recommended me to become a non-resident if I was to enjoy the boom we got from the university," he recalls.

Mugerwa notes that becoming a non-resident was one of the best decisions he made. Since non-residents got a higher boom (living out allowance) than residents, he built his mother a permanent house.

His second encounter was when he was a senior research fellow at the Makerere Institute for Social Research (MISR) where the deceased was the director.

"He was of a great assistance to me. He got for me a fellowship with Wisconsin University. He even paid me for the six months I was away for the course," he recalls.

Paul Omach, the current head political sciences and public administration describes him as a nationalist who hated tribalism and created a policy whereby teaching assistants were recruited on merit not along tribal lines. 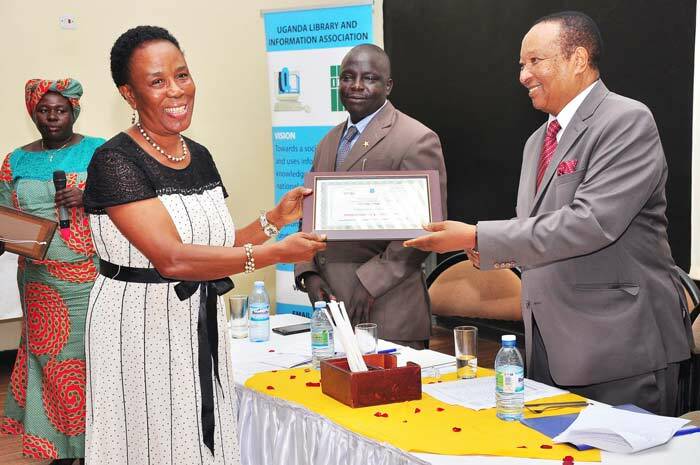 Omach, who was a student when the deceased was the head of department, says he was tolerant of dissent views, open and never vindictive.

Prof. Paul Mugabi, from the department of Forestry, Bio-diversity and Tourism, speaks fondly of Nsibambi. The two were part of the Mak choral society (defunct) that brought together music lovers at the University in the 1960s.

He says the deceased loved to sing and played an active role in the making of music, and was quiet vocal.

He remembers the deceased as a man who loved his students and took keen interest in their daily academic lives.

Christine Kiganda, former Vice Chairperson of Mak Council, described the deceased as a very principled and professional man, one who understood easily the problems of his calling as a chancellor and always had a tactical way of resolving problems between the university and government.

"Once there was a staff strike. Being a chancellor one would expect him to side with government. However, he was sympathetic to the staff and managed to calm them while at the same time managed to convince them of the governments stand," she states.

She describes him as a diplomat who hated corruption.

Prof. Maria Musoke, Deputy Vice Chancellor, Kyambogo University, narrates some of her fond memories of Nsibambi. This started with his visit to the Makerere University Library.

"My fondest memory of Prof Nsibambi is when he called to interview me for a book he was writing. I informed him that the Makerere University library had changed a lot since he last visited it. Afterwards, he gave me an appointment to come and visit the library. We warmly received him and as usual he arrived 30 minutes earlier," she says.

"He then called me about a week after his visit and informed me that he would like his wife to come and use the library resources for her research. We welcomed her and provided the information she needed and he later invited to their home," she reminisces.

Musoke describes Nsibambi as a man who greatly valued the contribution of librarians to academics, research, publishing and other scholarly work.

Prof Edward Rugumayo, the first Speaker of Parliament says he first met Nsibambi in 1971 when they were all wardens at Mak. He was warden of Mitchell Hall and Nsibambi was at Nkrumah Hall (New Hall).

"Nsibambi was a very great academician, good teacher and researcher. He was very eloquent and I don't know of any person who knows the Ugandan Constitution as he knew it. Whenever we were in cabinet he would site every article, chapter and section off head," he says.

He notes that Nsibambi was the one who set standards on when civil servants should be paid; every 28th of the month.

Mak mourns former chancellor
Makerere University in a statement signed by the Vice Chancellor Prof. Barnabas Nawangwe, the University described Nsibambi as a stickler for time, excellence and integrity, a patriot and an amiable outstanding scholar whose career started at the great institution.

"Prof Nsibambi was an amiable outstanding scholar who served Makerere University diligently in several capacities from the early post-independence era in the 1960s until 2007," reads the statement.

The University also quoted Nsibambi's May 30, 2014 key note address at the Bernard Onyango Inaugural public lecture where he outlined the tenets of integrity that should be emulated. These include attention to detail, accountability, trust, honesty and modesty.

Nsibambi taught at the university in the 1960s, served as a dean for the faculty of social sciences for two terms; 1978 to 1983 and 1985 to 87. He was appointed head of department of political science in 1987 and in 1994 he was appointed the director of the Makerere Institute of Social Research (MISR).

In October 2003, he was appointed the first non-head of state chancellor of the University.

2019 has been a year full of opportunities

How Buchaman, Kusasira caused a storm in NRM