MENU
Zawedde has an unbreakable bond with woodball
Previous Story

Bridge Byamukama and Timothy Suuna ended round-one Tuesday at the top of the strokes category on the singles table.

Bridge Byamukama and Timothy Suuna ended round-one Tuesday at the top of the strokes category on the singles table. 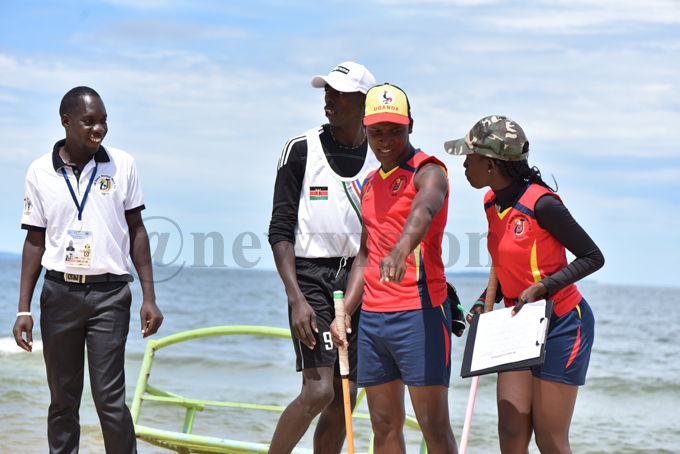 Bridge Byamukama and Florence Mukoya plot their next move during the mixed doubles stroke at the 2rd Beach Woodball World Cup Championship, Entebbe

Bridge Byamukama and Timothy Suuna, who are making their first appearance on the national team, ended round-one Tuesday at the top of the strokes category on the
singles table.
The pair scored 20 strokes each in 12 fairways to place themselves in position to contest for the top accolade. Next to Byamukama and Suuna is another Ugandan and team
captain Joel Adupa who also ended the day with 20 strokes to stay in the title race.
"We were on pressure in the beginning but later the men's side recomposed and regained confidence and that's how we got back into the contest," Adupa stated.
"However for the women's side, things have not been the best but we also expect a much better performance in the second round," he added.
In the women singles category, Chinese Taipei's Zhou Pei-Qi started on a positive as she ended the day at the top of the table with a tally of 21 strokes in 12
fairways. 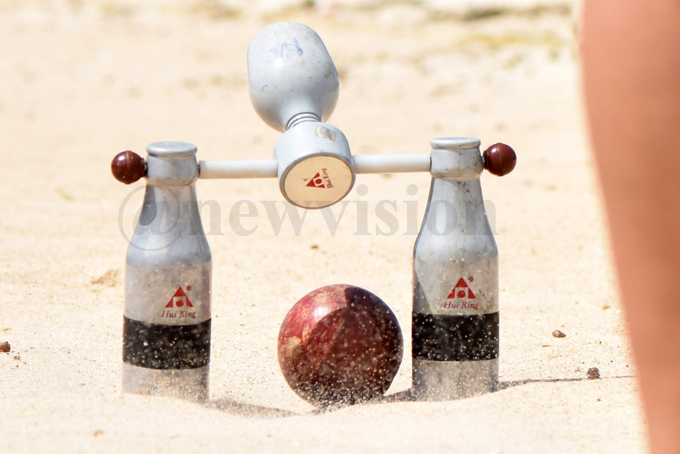 Next in the queue are Uganda's Sandra Nabaggala with 22 strokes and Denise Nanjeru with 25 strokes in second and third place respectively.
Besides the World Cup, participants are also expected to compete in the Uganda International Open slated to start today at the same venue.
The two events scheduled to end tomorrow have attracted participants from 14 nations, competing in the men and women singles, doubles and mixed doubles in both the stroke and fairway categories.

I Went To Congo To Defend My People, Says Col. Otafire