South Sudan gov't may soon close some of i...
Next Story

Currently, government charges 12% excise duty on beverages, which according to the manufacturers is repressive and inhibiting growth of the industry.

Currently, government charges 12% excise duty on beverages, which according to the manufacturers is repressive and inhibiting growth of the industry.

Soft drinks manufacturers have appealed to the government to further slash excise duty in order to encourage growth and investment in the sector.

They said the reduction in the excise tariff to at least 10% would free some income, allowing them to expand production and create more jobs.

Currently, the government charges 12% excise duty on beverages, which according to the manufacturers is repressive and inhibiting growth of the industry.

"Although the government had promised to reduce the excise tariff to 10%, it is unfortunate that parliament has rejected this arrangement for the coming financial year, and this may cost investment in the industry," said the coca cola Uganda chief executive, Jacques Vermeulen.

This was during the commissioning of their new $10m Rwenzori water plant at the Namanve industrial park on Tuesday. 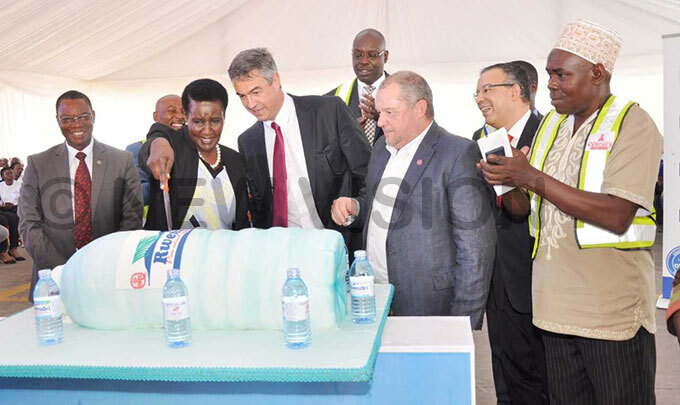 He said a reduction of the tariff would result in increased consumption of beverage products resulting in bigger tax contributions from industry players.

He said although the beverage industry has demonstrated resilient growth over the years, it must be well natured to progressively make a more significant contribution to nation building.

According to the Uganda Bureau of Statistics (UBoS) the beverage industry grew by approximately 9% in 2018, compared to 8% the previous year.

Vermeulen said the new line has the capacity to produce 24,000 bottles of Rwenzori water an hour, making it the largest plant in the country.

He said the investment is part of the company's $15m expansion plan for 2018, seeking to create more jobs, expand their market reach and satisfy the growing demand.

"This investment was made on a promise of reducing taxes, from 13% excise duty to 12% in the 2018/19 financial year, and we are glad it was implemented. This is confirmation that a favorable tax regime can attract more investment for the industry," he said. 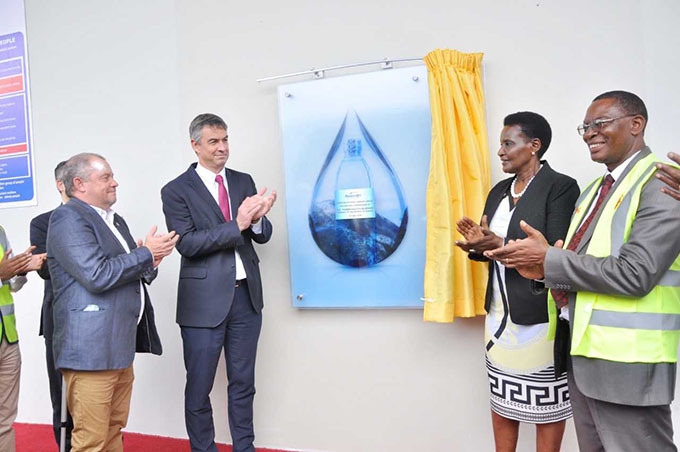 He said the company employs 1,900 people in Kampala, Mukono, and Mbarara, and support more than 100,000 businesses across their retail distribution network.

Kyambadde said the expansion of their production would also significantly increase their contribution to the national treasury, from sh140b paid in taxes last year.

She said food and beverage consumption patterns among Ugandans have shifted in recent years as household incomes increase.

"This is the most competitive manufacturing subsector in Uganda, and as household incomes grow, demand also continues to grow, demanding more investment," she said.

She said exports in the water and carbonated beverages sector have grown to generate more than $39.587m income per annum, from less than $100,000 in 1986.

Kyambadde said the sector now has more than 1056 investors form two in 1986, and is one of the leading tax segments in the country.

Statistics indicate that despite the slight increase in consumption, Uganda's per capita consumption of soft drinks stands at 13liters, the lowest in the East Africa region.