Over the past three years, Uganda has registered a 31% increase in Nile Perch fish stocks, with a general improvement in fish stocks of other species on Lake Victoria.

A report by the ministry of agriculture, animal industries and fisheries released on Monday shows a marked increase in not only production volumes, but export value for the items.

The growth of fish stocks is largely attributed to increased enforcement on the water bodies. Four fish have been reopened as fish exports grow from $115m (sh428b) in 2016 to $145m (sh540b). 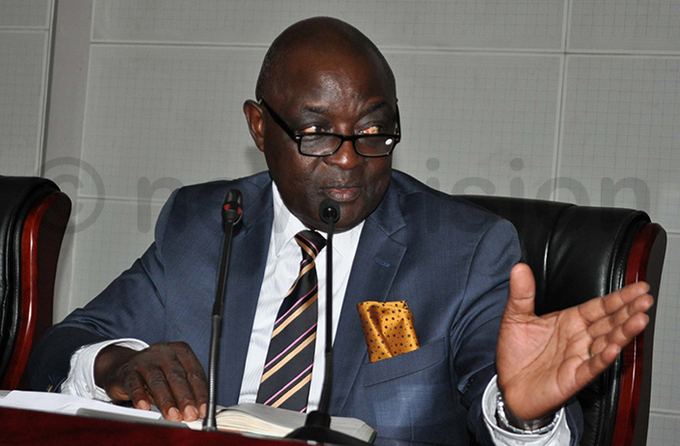 Vincent Bamulangaki Ssempijja the minister of agriculture speaking during the presentation of the report at OPM offices in Kampala. Photo by Shamim Saad

The minister for agriculture, animal industries and fisheries, Vincent Ssempijja presented the report to highlight the ministry's performance against NRM 2016-2021 Manifesto targets.

A survey report released by the Uganda Bureau of Statistics (UBOS) early this month shows that average prices for fish dropped by 12.4% in December 2018, lower than the previous year.

The drop was largely a result of a drop in prices for freshwater fish, especially Nile Perch, following a temporary freeze on fishing to allow fish stocks to recover.

Nile Perch is Uganda's most valuable ﬁsh species. An aquatic study conducted in Lake Victoria by Uganda, Kenya and Tanzania in 2017 revealed a 30% increase in stocks in one.

The UBOS survey, carried out between September and October, shows that quantities of Nile Perch increased from 393,335 metric tonnes last year to 457,248 metric tonnes this year.

The increase in stocks of Nile Perch was attributed to the enforcement measures against illegal ﬁshing practices that were intensiﬁed in Uganda and Tanzania.