Local leaders and youth from Arua Municipality have apologised to President Yoweri Museveni and the nation for the chaos and violence that happened in September last year that resulted in death and destruction including the stoning of a car in the President's motorcade.

"We are very sorry for what happened in Arua Municipality last year. The violence and destruction should not have happened. We want to apologise because that is not the way we behave. We were also victims. My leg was broken and I now use a clutch," Abdallah Atiku the LC2 chairman of Pangiza Ward, Rivoli in Arua Municipality who spoke on behalf of all the 66 local council leaders from Arua Municipality present said.

The leaders were joined by youth led by Fahad Meta 21, who apologised to the President over the incident. 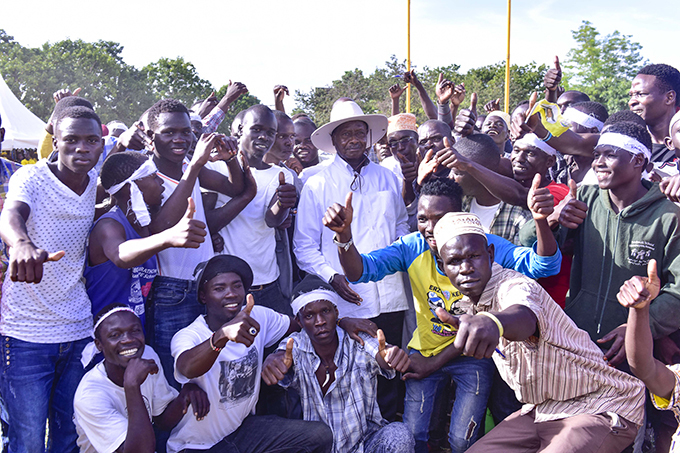 "We the youths of Arua town sincerely apologise to you our ‘Grand Papa' Museveni over that incidence that took place late 2018. We want to work with you to develop our country", he said.

The President is in the West Nile Region to promote the Jobs and Wealth creation campaign to improve household incomes.

"I am now reuniting with the people of Arua to say the past is gone. Let us go forward with hard-work. I urge the youth not to be misled by politicians for their own motives. Am a former youth myself, therefore nobody can tell me about youth. When you see a man of 36 say he is a youth…you are a man. Don't mislead these children to smoke bangi, drink alcohol or be violent. I never smoked bangi and I did not drink, that is why I'm still a youth at 75 years. Let us go and work," he said. Addressing a public rally at Arua Hill Boma grounds in Arua Municipality, the President said that government would secure land along the River Nile to establish fish farms and engage the youth in income generating projects.

"I would like to start a fish farming project for the youth along the banks of the River Nile. I have already experimented on this project. On one acre of land, fishing farming can make sh64m annually," he said.

On land fragmentation, the President said it has become a big problem with some areas having no capacity to grow crops for food and instead access food from the DRC. 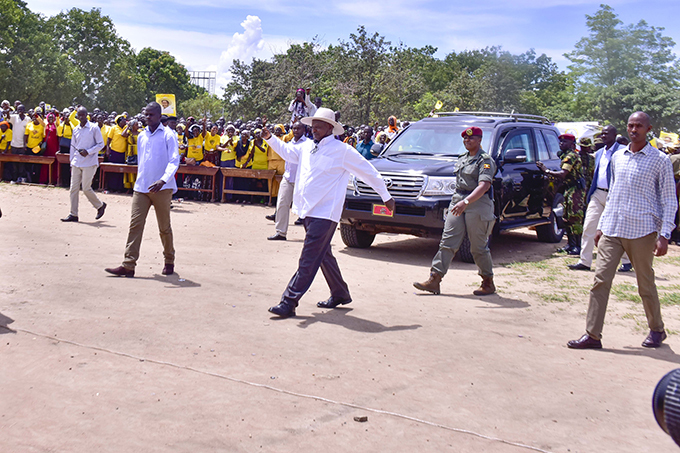 "This is why I came here to re-awaken my people. Please don't divide the land. Share what comes out of the land but not the land. It's not too late to remind the people about modern agriculture activities for wealth and jobs creation", he said.

The LC5 Chairman of Arua district Wadri Sam Nyakua expressed his appreciation to the government on the development programmes in the region.

He hailed President Museveni for the modern road infrastructure, Arua market construction, a multi-billion water and sanitation project, Rhino camp-Amuru ferry, upgrading of Arua Airfield to the requirements of international standards and the distribution of tractors to sustain government plans for agriculture modernization.

The MP for Vurra County, Gabriel Aridru Ajedra, challenged the people of West Nile region to exploit the opportunities created to improve their incomes.