Three things we learned from Ajax v Tottenham
Next Story

Bright Stars players celebrate after qualifying for the final. Photo by Richard Sanya

Goalkeeper Hamuzah Muwonge was the hero as Bright Stars reached their first ever Uganda Cup final.

Muwonge saved three penalties as Bright Stars eliminated Express 4-3 on spot kicks in the semi-final return leg after the two teams were tied 2-2 on aggregate. 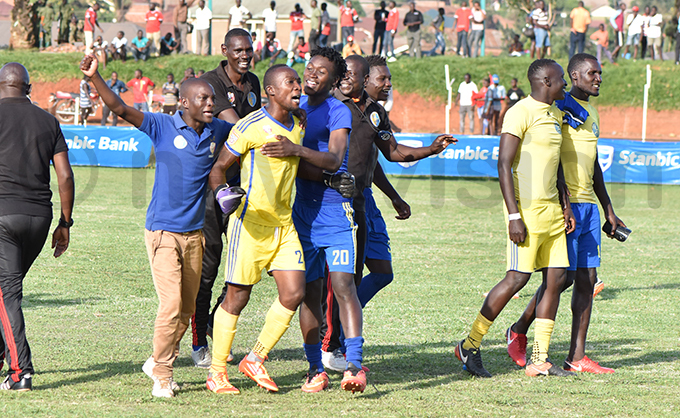 Hamuzah Muwonge is mobbed by teammates and fans alike after his heroics. Photo by Richard Sanya

Muwonge was on hand to save penalties from Michael Birungi, Davis Muyanja and Sadiq Ssekyembe to continue Bright Stars' fairy tale cup run.

Express only had themselves to blame after spurning several scoring opportunities to put the tie out of Bright Stars' reach after they opened the scoring through John Revita early in the first half. 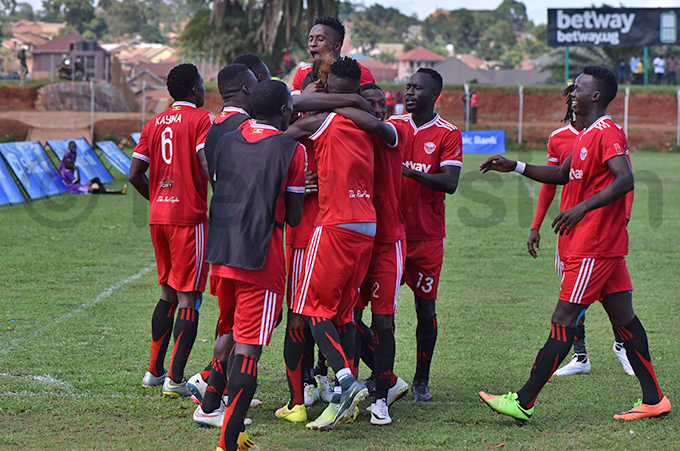 Substitute James Angu levelled matters for Bright Stars in the 80th minute for the game to end 1-1 just like it was in the first leg a week ago.

Bright Stars will now take on Proline in the final on May 25 at Masaka Recreation Ground.