Arsenal, Man United miss out on Premier Le...
Next Story

What we learned from Liverpool v Barcelona

Even Lionel Messi could not lift Barcelona at Anfield. (AFP)

Here AFP Sport looks at three things we learned from one of Anfield's greatest European nights: 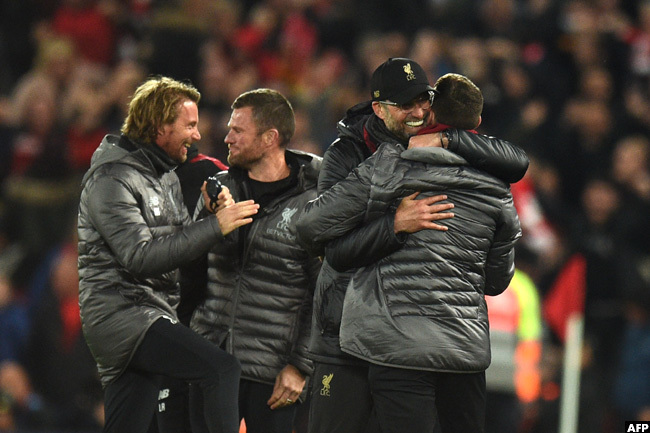 "I don't tell my missus 'wait for me at home, we will have a party after the game because we'll win it'. We have to work for it," Klopp had said when asked about the 3-0 first leg deficit.

Yet, against all odds, Klopp's side will face Ajax or Tottenham in the final after one of the greatest nights in their glorious history.

Liverpool, five-time European champions, are only the third team in the history of the European Cup/Champions League to come from three goals down after the first leg of a semi-final and progress to the final, following in the footsteps of Panathinaikos in 1970-71 and Barcelona in 1985-86.

Only Deportivo La Coruna in 2004, Barcelona in 2017 and Roma in 2018 had overturned a three-goal first leg deficit to win Champions League knockout ties.

Yet, with Barca so fragile at the back, the writing was on the wall from the moment Divock Origi slotted home from close-range in the seventh minute.

The previous three teams to score in first seven minutes of Champions League games against Barca went on to score three or more goals and Liverpool's relentless pressure ensured they had emulated that achievement by the 56th minute.

It was an even more jaw-dropping achievement given Liverpool were playing without injured trio Mohamed Salah, Roberto Firmino and Naby Keita.

The astonishing revival will now forever be mentioned in the same awed tones as Liverpool's never-to-be-forgotten 'Miracle of Istanbul' when Steven Gerrard and company recovered from 3-0 down at half-time to beat AC Milan on penalties in the 2005 Champions League final. 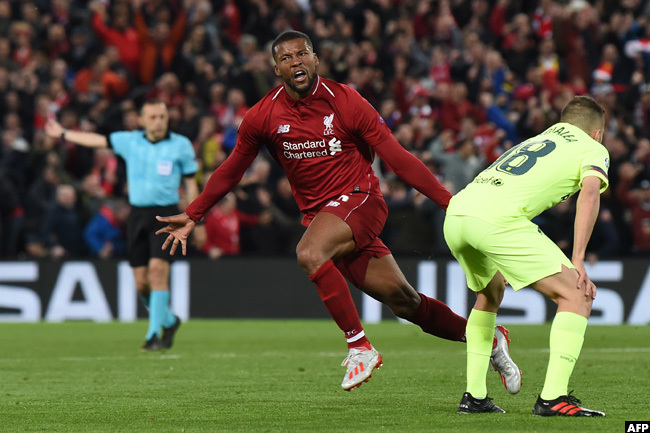 For 42 years, David Fairclough held a special place in Liverpool's history as the club's unparallelled super-sub, but Georginio Wijnaldum's incredible contribution may have surpassed even his illustrious predecessor.

When Fairclough came off the bench to score Liverpool's winner with just minutes left in the 1977 European Cup quarter-final against Saint-Etienne, he ensured he would be cherished forever at Anfield for the goal that sparked the team's run to win the tournament for the first time.

Now Dutch midfielder Wijnaldum has joined Liverpool's European hall of fame with two quick-fire goals after coming on as a half-time replacement for the injured Andrew Robertson.

Among all the great moments in Liverpool's glittering history, Wijnaldum's was among the most unexpected, but his dynamic display was about far more than his crucial goals as he drove Barca to distraction with his pressing.

Incredibly, Wijnaldum went into the match with only three club goals this season, while all the 28-year-old's Champions League goals in his Liverpool career have come in the semi-finals after he also netted against Roma last season. 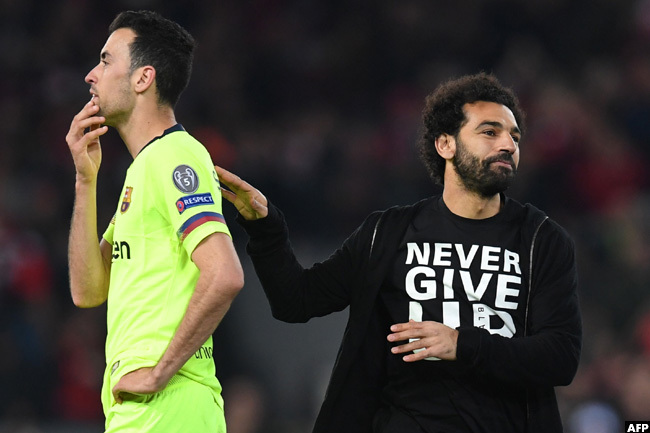 In a familiar story for Barcelona, the Spanish champions crumbled under pressure in the most feeble fashion.

Significantly for Liverpool, Barca had collapsed against Roma just last season when the Italians recovered from a 4-1 quarter-final first leg loss at the Camp Nou to go through on away goals after a 3-0 win.

Once again the Catalan giants, who last won the Champions League in 2015, wilted when the stakes were highest.

Showing a lack of appetite for the physical challenge posed by Liverpool, Ernesto Valverde's side let themselves be bulled into submission far too easily.

Their defending was horrific from the moment Jordi Alba's misplaced header set up Liverpool's opener and their finishing wasn't much better as chances for a priceless away goal were squandered.

Perhaps it didn't help that cheeky Liverpool fans set off fireworks at four in the morning outside the Barcelona team hotel in a bid to give Lionel Messi and his team-mates a sleepless night.

But that alone was no excuse for the timid way Barca allowed themselves to be ripped apart by Liverpool in one of the most wretched results in the club's history.

"We're talking about Busquets, Suarez, Pique and the best player I've ever seen, Messi, and they could not handle the pressure," former England captain Alan Shearer said.