Heavy rains lead to power blackouts in Mor...
Next Story

Construction of the plant is ongoing with the foundation for the warehouses, lavatories and office space

Construction works ongoing at the site of the value addition plant at Awindiri. Photo By Robert Ariaka

Construction of the plant is ongoing with the foundation for the warehouses, lavatories and office space

The construction of value addition plant, a component of the Arua Main Market, is underway.

Joel Aita, of Joadah Consults who are supervising the construction of the market and the value addition plant, told New Vision in an interview over the weekend that, the plant in Awidiri Market is part of the Arua Main Market project.

Construction started in April and is expected to be completed in December 2019. He says the sh8b plant will be able to handle 100 tons of cereal per day.

The crops for value addition include beans, sorghum, millet, maize and cassava. The plant will have machines for packaging the finished products for sale in the main market and for export.

Aita says instead of farmers taking raw products to the market, they will have to take it to the value addition plant.

Construction of the plant is ongoing with the foundation for the warehouses, lavatories and office space while the equipment is being assembled in the factory. 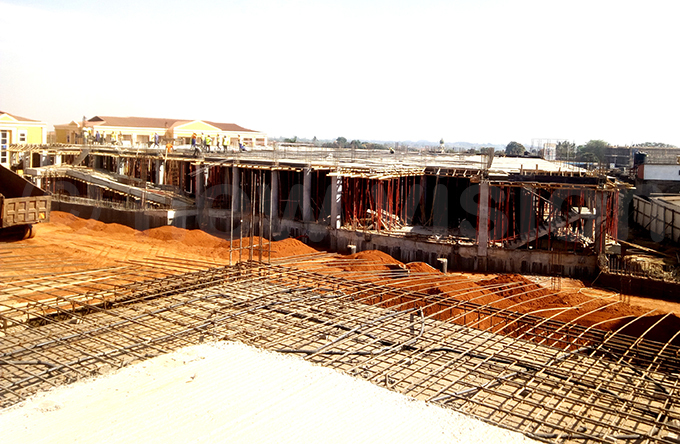 Ongoing construction work at Arua Main Market that is expected to be completed in February 2020. Photo By Robert Ariaka

Aita says in the next two months, the contractor is expected to complete the slab of the plant and installation will be done.

The construction of the plant will be completed and handed over in December this year and the handover of the market will be in February 2020.

This will be a facility to boost farmers' income and products for competitive farming. A farmer will be able to add value and sell at a higher price compared to selling raw products and a low cost.

The facility is designed to last for more than 30 years on routine operation and maintenance, while the main market will last for over 100 years.

Aita appealed to the people of West Nile to increase farming to meet the demand of the facility.

He says the plant will be able to process 1000 bags of different crops per day and this demands a lot from farmers who need to venture into commercial farming.

Jobile Cornelius, the deputy town clerk of Arua Municipal Council, says they approved the plans and handed over the site to the contractor.