Police surrounded the MP's car before one of the windows was smashed. Photo by Ashraf Kasirye

Police is to investigate whether the force which was used to arrest Kyadondo East MP Robert Kyagulanyi on Easter Monday was justified.

This comes after President Yoweri Museveni criticised the Police for breaking the window of Kyagulanyi aka Bobi Wine's car before arresting him, saying they should have towed his car instead.

The Police spokesperson, Fred Enanga, said the matter has been sent to Police's legal department for review.

He explained that breaking the car window is justified only in extreme circumstances where there is a threat to life. 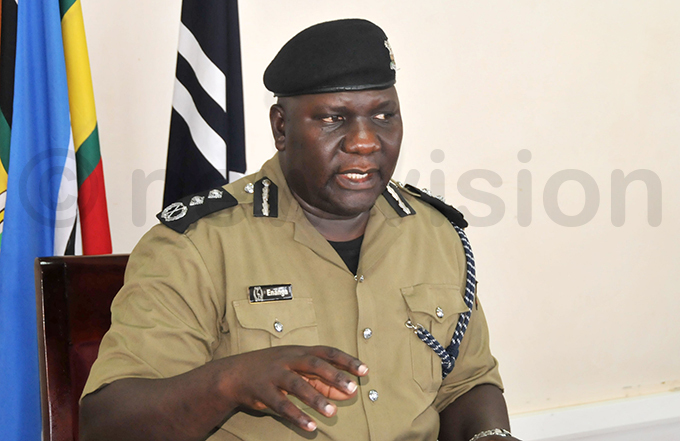 "There is no reason why the officers had to break the window. Of course, we are allowed to break cars in only extreme circumstances where we have to save a life. These officers were supposed to be prepared to have a breakdown and a fire brigade vehicle which they did not have," Enanga said.

"That was a poor decision making by the Police commander. It means they were not prepared. They used unnecessary excessive force which was not required," he added.

"This is the misinformation of the public to portray the Police negatively and inciting the public. These videos are sent with hate speeches to amplify criticism. We are going to start taking action on whoever is doing it because this is not good for our country," Enanga added.