A race to improve reading culture of learners
Next Story

A couple of key critical activities also remain unfunded in the projected budget.

There is need to construct classrooms in schools which do not have enough or have dilapidated structures to create a conducive learning environment. (New Vision archives)

A couple of key critical activities also remain unfunded in the projected budget.

Like it has always been the case, much of this money will go towards paying a wage bill of sh1.84 trillion (56%) whereas non-wage investment will be sh0.8 trillion (25%) as well as sh0.2 trillion (8.6%) for government of Uganda development. Sh0.3 trillion (9.6%) is external financing.

Much as the money given to the sector has increased, the budget's share of the education sector is projected to reduce from 11.8% to 10.26%, which is still below the recommended target of 15%.

A couple of key critical activities also remain unfunded in the projected budget. Among them is the recruitment of primary school teachers which requires sh18b, rolling out of lower secondary curriculum which requires sh144b and facilitation of Uganda Scouts and Girl Guide associations which need sh4b.

The rollout of Teacher Effectiveness and Learners Achievement and Integrated Inspection System, which needs sh5.2b, is not funded.

Increment for the Higher Education Students' Financing Board (HESFB) is not funded and needs sh7.5b. But the First Lady and Minister of Education and Sports, Janet Museveni, while appearing before the parliamentary committee on education and sports, revealed that the ministry will continue focusing on areas outlined in the ministerial policy statement.

Key areas to focus on include infrastructure development, recruitment of instructors and teachers, operationalisation of the Technical and Vocational Education (TVET) and National Teacher policies.

Construction of secondary schools in sub-counties without a secondary school under the Uganda Intergovernmental Fiscal Transfers (UGIFT) programme and grant aiding schools are other areas of focus. To make more logic of the proposed budget that is likely to be passed soon, New Vision's public editor Paul Busharizi hosted two experts in the education sector on New Vision TV on Friday to give insights on the budget.

Namisi started off the discussion by highlighting the fact that the budget though looking big, much would go towards paying salaries and little would go to development. He said there is a misconception that the budget being close to sh4 trillion is big funding.

"Of the sh3.8 trillion we are expecting over 50% to be allocated to salaries," he observed.

"Very little amount compared to wages is going to development of infrastructure. With such a big-looking budget, you want to see more classrooms constructed, more schools equipped but that is not the reality at the moment," said the economist.

"The construction of schools has not been enough and I think non-wage priorities should be given more money but we shall get there too. I think more funding is needed to address all these challenges but we are doing enough.

"Currently, each subcounty has a primary school; it is only one sub-county in Kween district that does not have a primary school. We agree that many schools are not in good condition, but we are planning to introduce a maintenance grant at the local government to see that these schools are maintained.

"The Government introduced Universal Primary Education (UPE) in 1997 and pays sh10,000 for every child, each year as capitation grant to schools it aids.

"The grant is supposed to be used on instructional material and co-curricular activities. There are issues to deal with quality of education and as government we are committed to ensuring there is quality education at all levels.

"Technical education is a priority and we have already put our focus on recruiting instructors for the institutions that we have built and also those who can operate the equipment we have in these institutions. We know how important vocational education is to this country and the population.

"As we are in the process of passing the budget, our people should learn and know the budget and get interested in what it is doing." 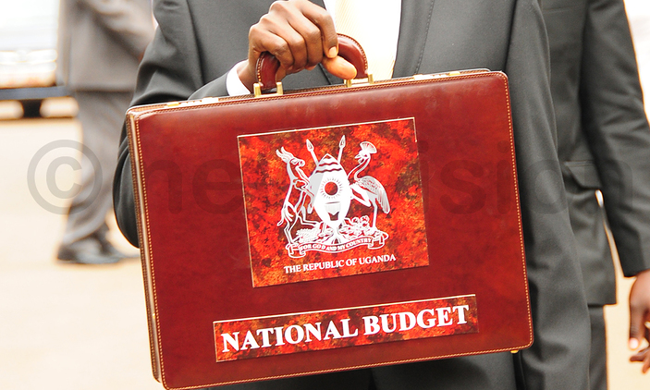 On his part, Kaboyo called upon the Government to fulfil its commitment of allocating 15% of the national budget to education. Kaboyo noted that some of the East African countries were above 15% but Uganda is not even beyond 11%.

"About the budget, I'm happy with the National Teacher Policy; it is a magic bullet that is going to turn around the education sector. For you to have good education you must have good teachers. So the policy should be funded together with the curriculum," Kaboyo added.

"I don't know why they are mentioning these as critical areas yet they are not funded. Also the capitation grant needs to be reviewed."

He argued that the gap of 22,000 teachers should be a priority.

On construction of schools

"Instead of constructing the schools, this money should be used in other priority areas. But also government can support these schools through PPP to ensure quality equation. A meaningful PPP will minimise what government has to spend on development."

Although Kaboyo called for a meaningful PPP arrangement, Namisi said the current arrangement has been abused.

"The PPP had been abused in the private schools that we have been supporting through the infl ation of figures, absenteeism and abuse of office. We are now discussing to review this arrangement to make it better, but for the current arrangement we are gradually withdrawing," he explained. 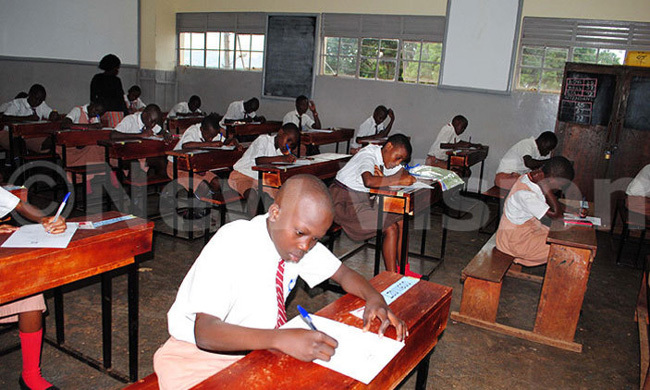 Key areas the ministry will focus on include infrastructure development and recruitment of instructors and teachers. (File photo)

Kaboyo observed: "The Government introduced UPE and USE (Universal Secondary Education) which is good. We should now be celebrating the quality of education offered other than the quantity."

He said the Government can do this by allocating more money to local governments since they are in charge of primary education.

"As long as local governments get little money education quality at primary level is likely to remain low," he noted. On school fees regulation Kaboyo noted that we are in a market economy, and everywhere education is a service that must be paid for.

"The Government cannot dictate on how much should be paid if the schools have to offer quality education. Even government, which says it is providing education for free, it is actually not free because it is paid for through taxpayers' money," he stressed.

"All we need to do is regulate the sector and ensure quality delivery of service. They are saying private schools don't have playgrounds but we now have community playgrounds where children can go and play," he pointed out.

Sudan PM talks of peace on maiden trip to Darfur