Playing off handicap 12 and 28 respectively, the two golfers consequently carried the Mayombo Memorial championship which was played concurrently on the same day, as well.

Playing off handicap 12 and 28 respectively, the two golfers consequently carried the Mayombo Memorial championship which was played concurrently on the same day, as well.

Toro Golf Club's Henry Kaliba and Entebbe golfer Diana Nambalirwa returned 64 and 61nett respectively to top the third leg of the Castle Lite Uganda Open Tour played at Tooro Club on Saturday.
Playing off handicap 12 and 28 respectively, the two golfers consequently carried the Mayombo Memorial championship which was played concurrently on the same day, as well.
"This is my third trophy. I started playing about three years ago; I had a good game today and I can now rate myself on how I play. I normally practice gross. My driving and putting were very good, I ensured I kept my ball on the fairway and generally my short game has greatly improved," Kaliba stated. 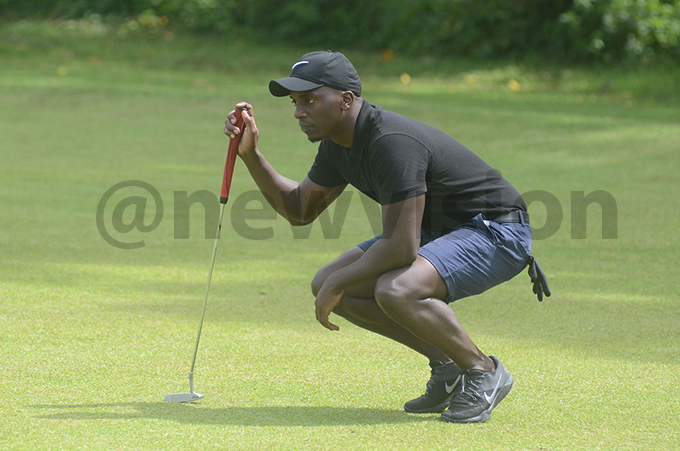 Henry Kaliba lines up a putt during the Uganda Open Tour at Tooro Club, April 27, 2019

Playing off handicap 28 and in her only second tournament since starting out, Entebbe lady golfer Diana Nambalirwa's 61 nett won her the overall ladies accolade, in the one-day tournament that attracted 86 players.
"This is my second tournament in two months time. The course was a bit fair, it wasn't as hard as I anticipated and I'm looking forward to winning more," Nambalilwa said.
For having nine of their golfers on the podium, Tooro Club won the tour team trophy prize.
Uganda Tourism Board's Deputy CEO Bradford Ochieng, the co-sponsors of the event crowned the winners and urged the golfers to embrace local tourism. 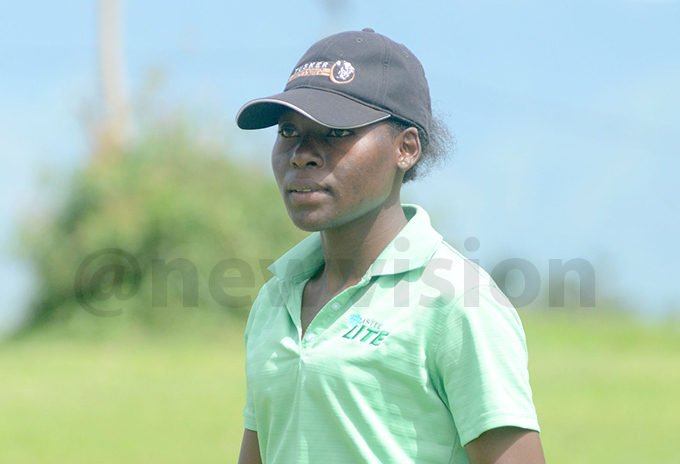 Nambalirwa won the overall trophy in the ladies category

"Uganda has unique features, unique people but we are one people and golf continues to bond us together and as UTB we are happy to be sponsors because golf takes care of everything including conservation and sustainability," Ochieng stated.
David Olimi who represented the late Mayombo family thanked the golfers for keeping the Mayombo legacy alive and urged the golfers to always remember the good things that people and statesmen do and learn from them so that they are passed on to the next generation.

Who is snatching babies from mothers in hospitals?

Twins festival: I sold 20 cows, 15 goats to save my quadruplets