Uganda in talks with Zipline over medical drones

Zipline’s drones take off and land from Zipline’s distribution centers, requiring no additional infrastructure at the clinics they serve.

Zipline’s drones take off and land from Zipline’s distribution centers, requiring no additional infrastructure at the clinics they serve.

Journalists taking pictures of one of the Zipline medical delivery drones during the launch of the World's largest vaccine drone delivery Network in the city of Omenako -Ghana. PHOTOS: Violet Nabatanzi
Ghana has inaugurated the world's largest drone medical delivery service as it bids to increase patients' access to life-saving medicines.
The drones designed by Zipline, a California-based robotics company, will benefit 12 million people across the country.
The system is executed when health workers place orders by text message and receive their deliveries in 30 minutes on average.  Zipline's drones take off and land from Zipline's distribution centers, requiring no additional infrastructure at the clinics they serve. 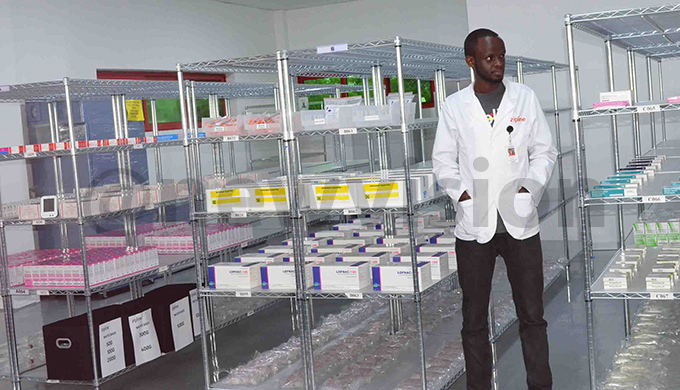 A warehouse where the life-saving drugs are kept

The new service will use drones to make on demand, emergency deliveries of 148 different vaccines, blood products, and life-saving medications.
At least up to 600 daily drone flights will be made, delivering vaccines, blood supplies and life-saving medicines to 2,000 health centers in remote areas around the country.
Speaking on Wednesday during the inaugural ceremony in the city of Omenako, Vice President Mahamudu Bawumia said the use of medical drones is presenting a significant opportunity in changing the health delivery needs of people around the globe.
"What we are doing is making it easier to deliver essential healthcare products to hospitals and other health facilities across the country during emergencies," said Bawumia. 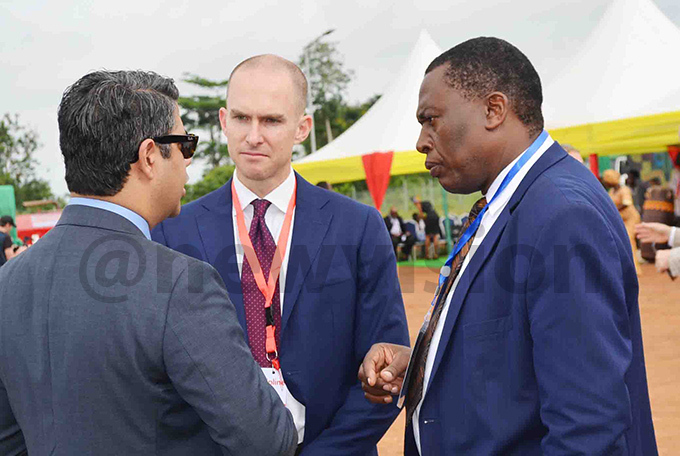 (R-L) Dr. Charles Olaro, the director of clinical services in the Ministry of Health-Uganda, chatting with Tyler McNish of  Zipline (center) and another guest during the launch of the World's largest vaccine drone delivery Network in the city of Omenako, Ghana

He expressed optimism that the project will save the lives of people who could have lost lives through childbirth, snake bites, accidents, and other life-threatening emergencies.
Ghana's health minister Kwaku Agyeman-Manu revealed that the services are in line with the country's vision of universal health coverage.
Agyeman- Manu stressed that delivery would be conducted from the distribution center to the target areas.
The Chief Executive Officer of Zipline, Keller Rinaudo observed that the company deemed it fit to initiate a mechanism that is timely in medical access.
"Millions of people across the world in both developed and developing countries die each year because they cannot get the medicine they need when they need it. This is the reason why Zipline is building the first logistic system on the planet to serve all people equally," said Rinaudo.
Globally, access to vital health products is hampered by the last mile problem; the difficulty of supplying medicines from central storage to remotely located patients when and where they need it. It is against this background that Zipline's medical drone delivery is designed to eliminate such problems. 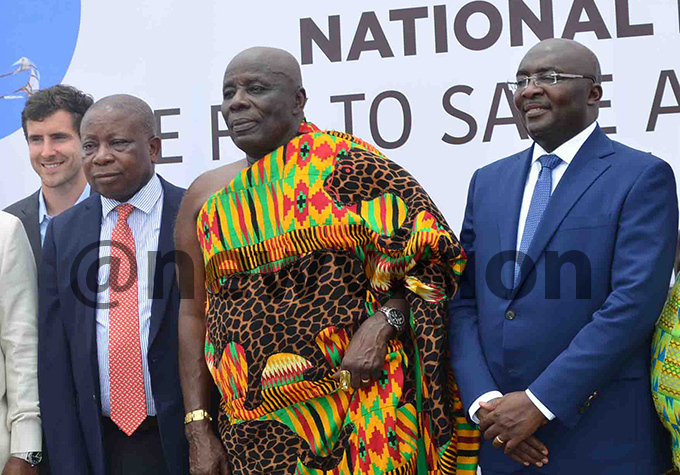 (R-L) The Vice-President of Ghana Mahamudu Bawumia, the King of Okyenehene Daasebre Amoatia Ofoti Panin II, Ghana's minister of health Kwaku Agyeman-Manu and  the Chief Executive Officer of Zipline, Keller Rinaudo posing for a photo during the launch

In Africa, Zipline's drone delivery services are available only in Rwanda and Ghana.
Uganda in talks with Zipline
Speaking at the sidelines of the launch, Dr. Charles Olaro, the director clinical services Uganda's Ministry of Health, disclosed that discussions with Zipline are underway for the introduction of such a delivery service in Uganda.
In a telephone interview with New Vision, the state minister in charge of in charge general duties Sarah Opendi explained that the government was studying the financial sense of such an undertaking.
"We are studying the technology especially looking at the cost implication," said Opendi.