MENU
US cautions Uganda on freedoms of expression
Previous Story

At least 264 dead in battle for Libya capi...
Next Story

Former Makerere University researcher Dr Stella Nyanzi is likely to stay longer on remand unless she chooses to exercise her constitutional right to bail.

On Tuesday, hearing of the case in which she is accused of indecent communication against President Yoweri Museveni, again hit a snag for the third time over renovation works at the Buganda Road Chief Magistrates Court where she is currently standing trial.

When the case came up for hearing on Tuesday, the trial Magistrate Gladys Kamasanyu said that she could not sit in a dirty court and subsequently adjourned the matter until May 9.

This, however, did not go down well with Nyanzi and her lawyer Isaac Ssemakadde who said the development was unfortunate.

Nyanzi who is battling two counts of cyber harassment and offensive communication had opted not to apply for bail until the conclusion of her case. 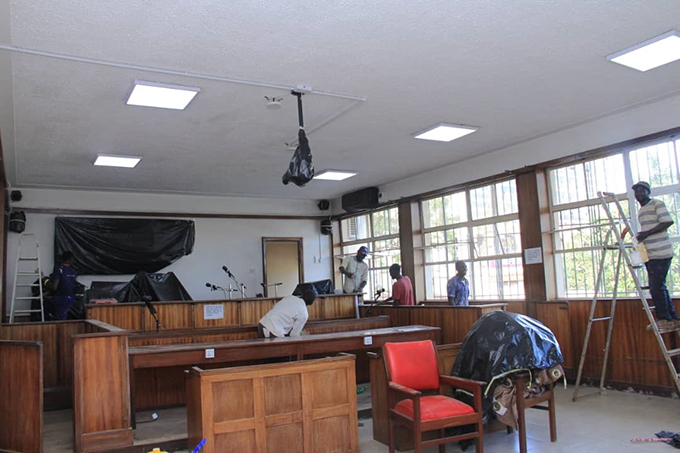 The mother of three has been on remand since November last year when she was arraigned in court over the charges.

The prosecution alleges that on September 16, 2018, Nyanzi posted indecent words on her Facebook wall against the President and his late mother.

According to the prosecution, the said posts were intended to disturb their peace, quiet and right to privacy.

In regard to Cyber Harassment, a person who willfully, maliciously and repeatedly uses electronic communication to harass another person and makes a threat with the intent to place that person in reasonable fear for his or her safety or to a member of that person's immediate family commits the crime of cyberstalking and is liable to a fine or imprisonment term not exceeding five years or both.

The US presidential debate: what you need to know

Clinton, Trump in virtual tie ahead of first debate

Clinton edges ahead of Trump in post-debate poll bump