West Nile schools to benefit from Iceland ...
Next Story

“We have to come together to address our interests, realities and avoid fighting each other," says Samuel Walter Lubega.

Samuel Lubega, who is part of the DP, preached unity within the Opposition. (Credit: Wilfred Sanya)

“We have to come together to address our interests, realities and avoid fighting each other," says Samuel Walter Lubega.

KAMPALA - The Democratic Party  bloc has expressed its willingness to work with the Forum for Democratic Change (FDC), as revealed by Truth and Justice's (TJ) Samuel Walter Lubega at DP's weekly press conference in Kampala.

Lubega, who is part of the DP bloc, told reporters they want to embrace the spirit of mutual existence, respect and unity amongst Opposition parties.

This comes after FDC accused DP taking a swipe at their former president Dr. Kizza Besigye, saying he had failed to offer a solution to defeat the current government.

Recently, DP joined hands with some parties to form a DP bloc aimed at re-energising their chances in the upcoming 2021 general elections.

"We have to come together to address our interests, realities and avoid fighting each other so that we can address our weaknesses holistically and also discover our strength," said Lubega.

Apart from working with FDC, Lubega said they were going to also engage other Opposition parties which include Uganda People's Congress (UPC), Alliance for National Transformation (ANT) and Justice Forum (JEEMA).

"As long as we work together in the Opposition, we shall be able to beat the current government convincingly," he said.

As a result, she said they were going to traverse the country, starting with Greater Masaka in a bid to strengthen the party in preparation for 2021 polls. 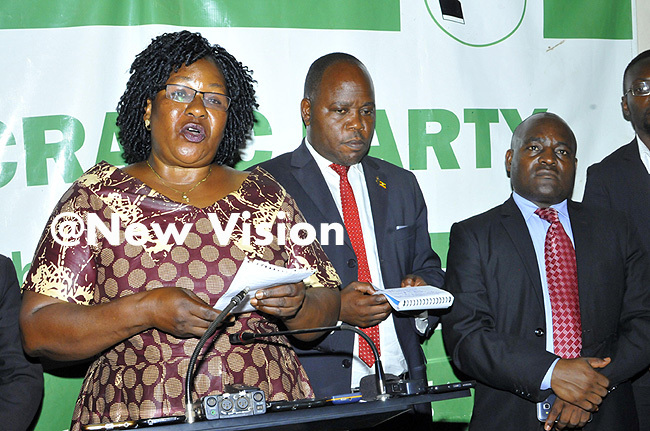 Meanwhile, Lubega said he is not happy with how the Police interpreted the law, saying that the law and order keepers were using it to suppress their rights to hold public gatherings.

The most recent to be affected has been FDC, where Besigye and party president Patrick Amuriat on Saturday were forced out of a local radio station in Jinja, accused of inciting FDC supporters. Police dispersed the crowd with tear gas.

According to Lubega, the law requires them to only notify Police about their plans but not get permission to organize a public gathering.

He said they would address their plight to government directly since they had assumed the chairship of the Inter-Party Organization for Dialogue (IPOD).

"We want to bring this to their awareness so that when we react to the Police brutality while carrying out our business, they will not be surprised."

The Public Order Management Act, 2013 provides for regulation of public meetings, in order to provide for the duties and responsibilities of the Police, organizers and participants in relation to public meeting to prescribe measures of safeguarding public order.

Living Goods we are hiring

Accountability key to success of Vision 2040