Head of Economic and Strategic Planning at the National Planning Authority (NPA), Paul Okitoi addressing the congregation during the NPA workshop on national health sector at Imperial Hotel Kampala on April 15, 2019. Photos by Godiver Asege

KAMPALA - The National Planning Authority (NPA) is calling for proposals for the third national development plan (NDPIII). The plan will replace the current and second NPDII.

NPA is supposed to develop six five-year development plans by 2040. The previous two plans, according to NPA, were designed to establish the building blocks for economic development and poverty alleviation.

"We want ministries and governments to start submitting their project ideas now. The draft plan should be ready by September and NPDIII will be launched in May 2020," Paul Okitoi, the manager for strategic planning at NPA, has said.

The findings of the midterm review for NDPII, however, show that the majority of the people are not tapping into the opportunities generated by large investments in roads and power generation.

The gains against poverty alleviation have instead been rolled back under NPDII. The percentage proportion of Ugandans living under the national (poverty) line increased from 19.7% in 2013 to 21.4% in 2018 under NDPII.

As NPA set in motion the process of developing the investment priorities for NPIII on Monday, it underscored the significance of investing in sectors that would unlock wealth for the majority of Ugandans. 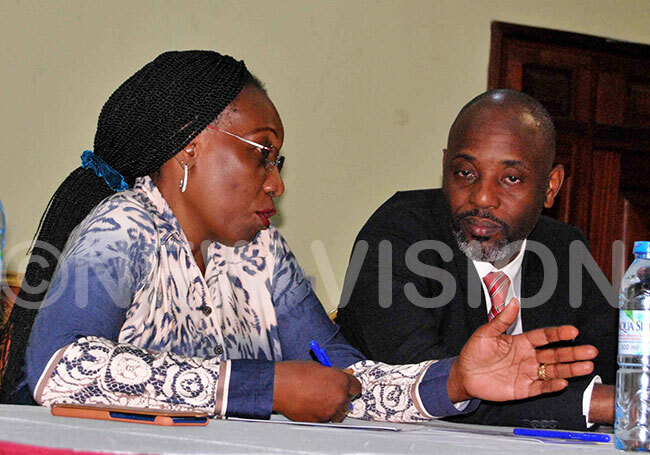 Commissioner Planning at the Ministry of Health Sarah Byakika interacting with the Executive Director NPA, Joseph Muvawala during the workshop

It called for strict alignment between expenditure and development priorities. On Monday, the authority gathered civil servants from the health departments at the districts, including district hospital directors, at the Imperial Royale hotel in Kampala to share with the development priorities for NPDIII.

The sectors have about five months to propose development projects that would form the draft NDPIII.

"We want NPDIII to be dedicated to putting money in the pockets of the people. We have the fundamentals; roads and power dams now. We now need to invest in areas that unlock wealth. We still have 68% of the population in agriculture," Okitoi added.

The NPA executive director, Joseph Muvawala, said NPDIII should offer a strategic direction for all government ministries. The country, he added, should have one theme for about 10 years, and all ministries should work in tandem towards achieving the national vision.

Iran voters to give verdict on economy, diplomacy