MENU
Women encouraged to save and fight poverty
Previous Story

Ruling on age limit appeal for this Thursday

Three months ago, a panel of seven justices of the Supreme Court led by Chief Justice Katureebe concluded the hearing of the age limit appeal.

Age limit: City lawyer Hassan Male Mabirizi is one of the petitioners that appealed to the Supreme Court. (Photo taken on January 16, 2019 by Miriam Namutebi)

Three months ago, a panel of seven justices of the Supreme Court led by Chief Justice Katureebe concluded the hearing of the age limit appeal.

KAMPALA - The Supreme Court confirmed Monday it will deliver its judgment in the ‘Age Limit' consolidated appeals on Thursday in Kololo.

The delivery is scheduled to start at 10am local time.

In an application lodged at the Civil Division of the High Court, Mabirizi sought an order compelling the Chief Justice to immediately deliver the age limit verdict or give him reason why it had not yet been delivered within 60 days as required under the law.

The Chief Justice was sued in his capacity as the administrative head of the judiciary and the Supreme Court together with the Attorney General, William Byaruhanga.

Three months ago (on January 16), a panel of seven justices of the Supreme Court led by Katureebe concluded the hearing of the age limit appeal in which Mabirizi, Uganda Law Society and six opposition members of parliament (MPs) want the age limit amendment quashed. 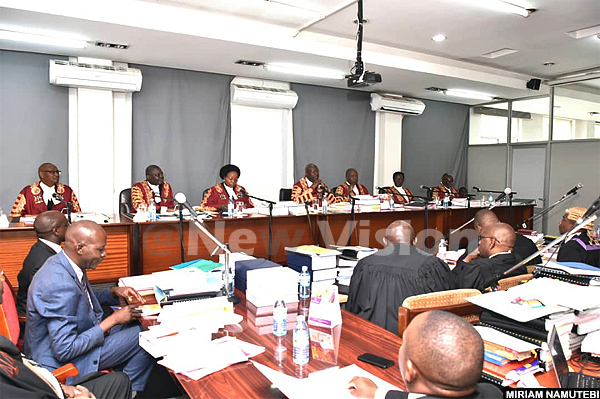 The applicants argue that it is tainted with illegalities, in violation of the constitution.

However, the government through Byaruhanga wants the same court to uphold the lower court decision which allows the removal of the presidential age limit.

On December 20, 2017, Parliament amended the constitution, which uplifted the presidential age limit and also the term of parliament to seven years. The move prompted Mabirizi and four others to petition the Constitutional Court.

Last year on July 26 the Constitutional Court in a majority decision of 4:1 allowed the removal of the presidential age limit and unanimously declared the extension of the term of members of parliament and local government as unconstitutional.

Following the judgment, the petitioners appealed to the Supreme Court, seeking to declare the entire Constitutional Amendment Act no.1 of 2018 null and void.