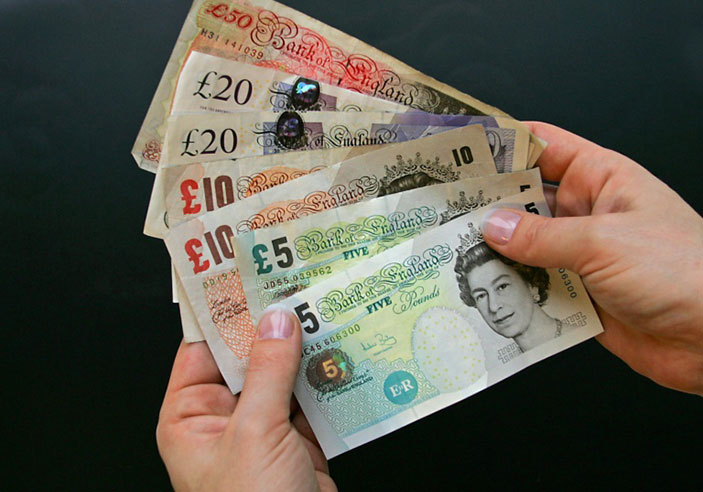 The pound held its gains Thursday after Britain and its EU partners agreed to once again extend the deadline for Brexit, days before the cut-off for avoiding an economically calamitous no-deal divorce.

After hours of late-night talks Prime Minister Theresa May was given until the end of October to pass her deal for leaving the bloc through parliament, having failed three times already.

The extension allows for an earlier exit if May achieves it, with a review taking place on June 21.

News of the delay allowed traders to breathe a sigh of relief and the pound rose slightly soon after the deal but observers noted the reprieve was only brief with the agreement merely kicking the can down the road. In early trade London's FTSE index was down 0.5 percent.


"The problem for traders and investors is that the extension... does not bring us any closer to a resolution," said Neil Wilson, chief market analyst at Markets.com.

"The cliff-edge has simply been pushed back. We are in a period of peak uncertainty for UK politics and that won't help investors pile back into UK assets."

And there remains much uncertainty, with the prime minister under intense pressure from hardline Brexit supporters in her Conservative party not to compromise in her talks with the opposition Labour party, while the discussions are moving slowly.

Michael Hewson, chief market analyst at CMC Markets UK, said: "May will now have to return to the UK and make the case to her disgruntled Brexiter MPs later today that the UK will... be in the EU for another six months.


"This is not likely to go down well, which could well increase internal party manoeuvres to replace her."

Asian equity markets mostly fell, with few catalysts to drive buying and investors still on edge over a brewing trade battle between the United States and Europe.

White House threats this week to hammer $11 billion worth of EU goods with tariffs jolted markets, which have been rallying this year on optimism that China and the US were close to ending their own battle.


The warning revived concerns about Donald Trump's protectionist agenda that has taken aim at US trading partners.

Hong Kong shed 0.9 percent and Shanghai tumbled 1.6 percent despite a jump in Chinese inflation that indicated stabilisation in the world's number two economy. Sydney lost 0.4 percent and Taipei retreated 0.6 percent. There were also losses in Jakarta, Mumbai, Manila and Bangkok.

But Tokyo reversed an early loss to end 0.1 percent up, with Wellington also up. Seoul and Singapore were barely moved.

Paris and Frankfurt were slightly lower in the morning.

The Federal Reserve released minutes of its March meeting that reinforced expectations that it will not lift interest rates this year as it keeps an eye on the US economy and brewing risks abroad.

"I think this confirms the message that we got from the March meeting," James McCann, senior economist at Aberdeen Standard Investments, told Bloomberg News.

"This is a Fed that's pretty happy to just sit on its hands for the time being and stay on hold and see how some of these cross currents play out."