Alaa Salah, a Sudanese woman propelled to internet fame earlier this week after clips went viral of her leading powerful protest chants against President Omar al-Bashir (Photo by AFP)
Protests that erupted in Sudan in December over a hike in bread prices quickly escalated into nationwide demonstrations demanding that President Omar al-Bashir end his 30-year grip on power.
The protests have since Saturday been focused on the military's headquarters in Khartoum where thousands of people have been camped out to call on the army for support.
After state media said the military would make an important announcement imminently, here is a timeline of the uprising, which has claimed dozens of lives.
- Bread protests -
Hundreds take to the streets in central Atbara and other cities on December 19 to protest the government's tripling of bread prices after a three-week shortage and amid steep inflation.
Food price hikes had already provoked sporadic demonstrations in January 2018 but were swiftly curbed.
The new protests erupt the same day as the main opposition leader -- ex-prime minister Sadiq al-Mahdi who was driven out in Bashir's 1989 coup -- returns from exile.
Some protesters chant "No to hunger"; in Atbara they set fire to the headquarters of Bashir's National Congress Party (NCP).
- First deadly clashes -
The protests spread to Khartoum and other cities on December 20, demonstrators chanting "freedom, peace, justice" and calling for "the fall of the regime".
Clashes break out as police try to disperse the crowds and eight demonstrators are killed. Other NCP offices are torched.
Troops are deployed in Khartoum and other cities. 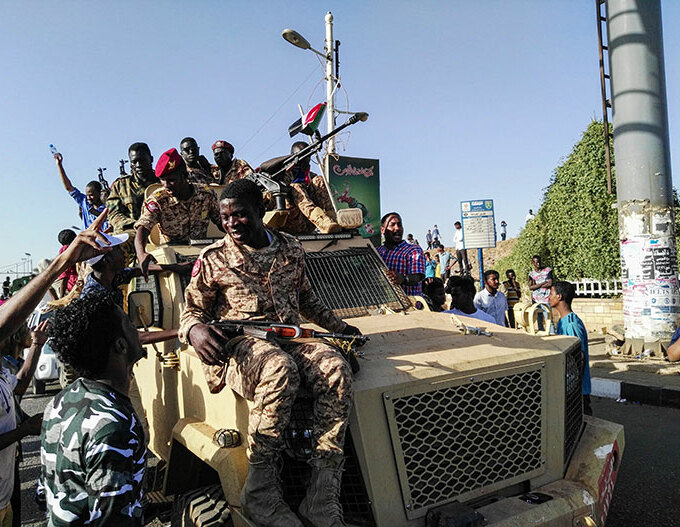 On the sixth day of demonstrations, Bashir breaks his silence on December 24 and vows "real reforms".
- Bashir resists -
With no let-up in the near-daily demonstrations, 22 political groups issue a joint call on January 1 for a "new regime".
Bashir sacks the health minister on January 5 over rising costs of medicine.
Four days later, thousands chant support for Bashir at a rally in Khartoum but in the capital's twin city of Omdurman there are more deaths in anti-government protests.
On January 13, protests spread to the war-torn region of Darfur. Bashir tells supporters there: "Demonstrations will not change the government."
- Emergency rule declared -
Western powers on January 17 call on Sudan to respect the rights of demonstrators.
On February 11, Human Rights Watch releases videos documenting violence by security forces against protesters including live fire, tear gas and beatings.
Ten days later, security agents arrest several opposition activists as protesters try to march on the presidential palace.
Bashir declares a nationwide year-long state of emergency on February 22, also dissolving the federal and provincial governments and appointing army and intelligence officers as provincial governors.
Two days later, he swears in a new prime minister as riot police confront hundreds calling for him to resign.
On March 1, Bashir hands his powers as chief of the ruling NCP to his deputy.
- Six-day sit-in at army HQ -
The protests become less regular after the state of emergency and Bashir on April 4 acknowledges that demonstrators had "legitimate" economic concerns, calling for dialogue.
But on April 6, thousands march again in Khartoum, gathering for the first time outside the military headquarters and chanting "One Army, One People". 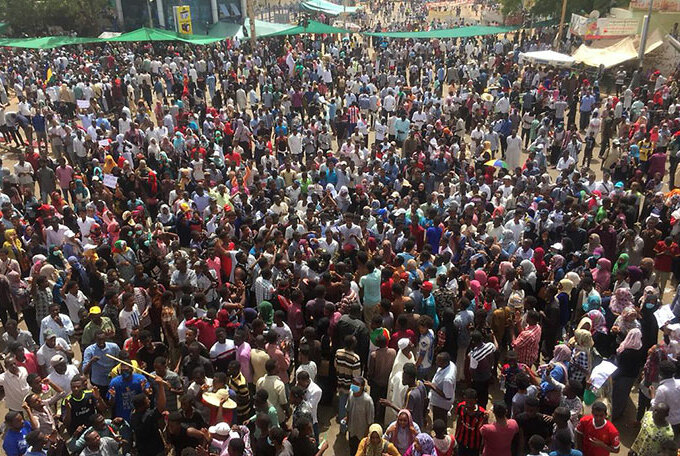 They set up camp at the complex, which also houses the president's residence, defying attempts by police and security agents to dislodge their sit-in with tear gas and gunshots into the air.
On April 9, police follow the policy of non-intervention by the military and order their forces to not take action against the thousands at the complex.
State media report that 11 people including six members of the security forces have been killed in one day, raising the overall official death toll in the demonstrations to 49.
On April 11, on the sixth day of the unprecedented sit-in, state media announce the military is preparing an "important" statement.
Khartoum residents flood the area around army headquarters, some chanting "the regime has fallen".