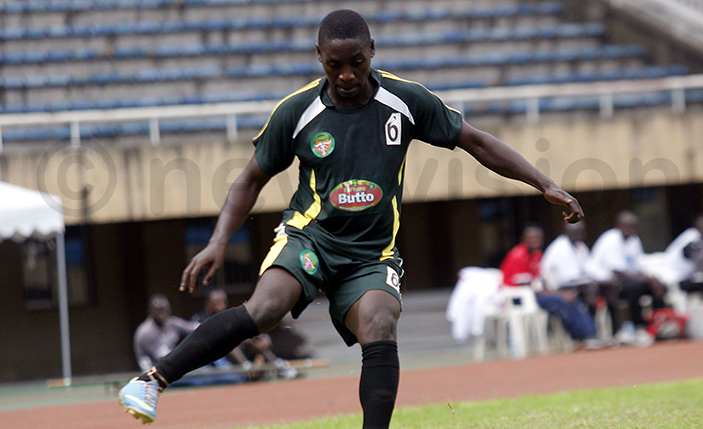 Sempala, who was the captain for Kenyan side Tusker, has agreed to join K'Ogalo after penning a two-year-contract on transfer deadline day.

"It is my greatest honour to sign for the biggest club in Kenya. I have always had the dream of playing for the club and I thank God that I finally have the chance to feature for them.

"It is a big transfer in my career, one that I am grabbing with both hands, and I would like to help the team to achieve the targets they set for this season and I cannot wait to get started," Sempala told New Vision in an exclusive interview.

Sempala added, "I have a few friends around, and I don't think I will have any trouble to fit into the team. I have also played in the Kenyan league and understand what comes with playing for a big club like Gor Mahia. It is a dream for me and I will not disappoint the fans, I am ready for the task."

Sempala was among the three players, who had reportedly fallen out with coach Robert Matano, and last featured for Tusker during the 1-0 defeat to Kakamega Homeboyz in the league on February 16.

Gor Mahia coach Hassan Oktay was elated to sign the Ugandan star, a player he termed as the ‘best' in the Kenyan Premier League.

"I liked Sempala the day we played in the first leg of our league match and have since been following him. He is a very good player, technically gifted when with the ball and also has the physique to take on any player.

"I was looking for a player who can hold our midfield and Sempala is that type of player. He deserves to play for a big club and Gor Mahia is the new home for him. I am confident that he will help us in our quest to retain the league title and also challenge for the domestic cup."

Sempala has made it to the growing list of Ugandan players to have featured for the Kenyan champions in recent years. Others are strikers Dan Sserunkuma, Erissa Ssekisambu, midfielder Khalid Aucho, defenders Godfrey Walusimbi, and Shafik Batambuze.

Sempala joined Tusker FC from BUL FC and won a double with the Kenyan side in the 2016 season - the KPL trophy and GOtv Shield Cup.

In Uganda, he also featured for Uganda Revenue Authority and Express FC.