The 4th Industrial Revolution is a major industrial era envisaged to be led by a fusion of physical, digital a

President Museveni with some of the members of the team following the inauguration. PPU Photo

The 4th Industrial Revolution is a major industrial era envisaged to be led by a fusion of physical, digital a

The President made the call while inaugurating a team of 23 experts who will assess and champion Uganda's involvement in the 4th Industrial Revolution.

The ceremony was held at State House in Entebbe on Monday.

It also includes a nine-member team of media professionals including Vision Group's contributing editor, Paul Busharizi, who are tasked with promoting the task force's work. 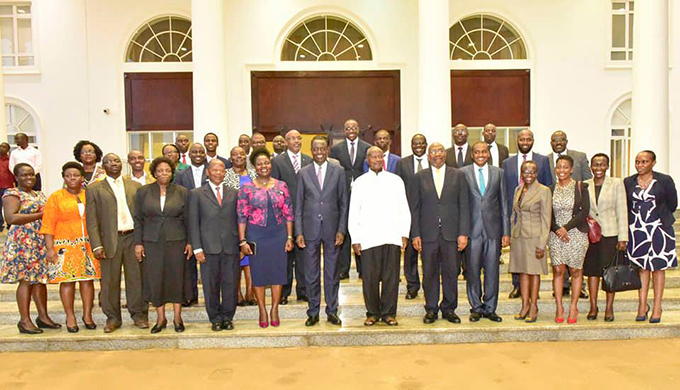 Museveni advised government institutions and experts to come up with technologies that will help to improve production and reduce reliance on foreign technology.

"Africans should not jump on the bandwagon of everything. The fourth industrial revolution must compliment on earlier efforts," he stated.

The fourth industrial revolution is a major industrial era envisaged to be led by a fusion of physical, digital and biological systems. Examples include self-driving cars or drones.

The effects of a world led by independent-thinking has long been visualised through art, film and politics. World leaders hold divergent views about its consequences. 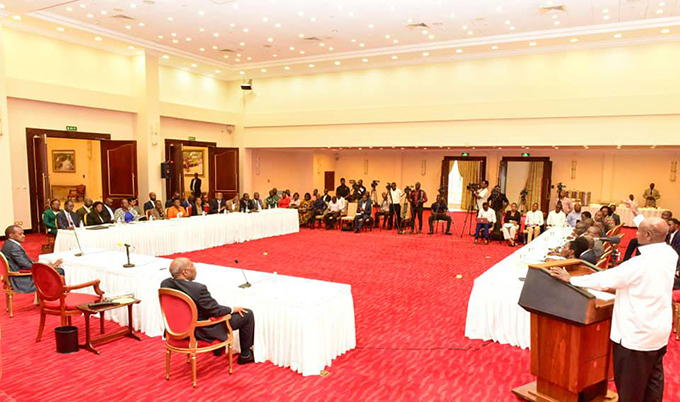 Government is supporting innovation hubs where tech enthusiasts are developing software applications for use by government and private institutions, he said.

The task force will be led by the Office of the Prime Minister with a secretariat at the ministry of ICT, the state minister for ICT, Vincent Bagiire revealed.

Nasasira said the cyberspace presented immense opportunities and threats that countries like Uganda need to prepared for.

"The cyberspace is free and anyone with means can exploit if for. The 4th industrial revolution will affect us all and the government must move fast to catch up with the information age," he explained

Museveni will be chief guest at Africa Blockchain Conference

The fourth industrial revolution and financial inclusion: Is Uganda there yet?