Bagoole was named the Pilsner player of the month (March) on Monday in Kampala.

Bagoole was named the Pilsner player of the month (March) on Monday in Kampala.

Kirinya Jinja SS midfielder David Bagoole has thanked his teammates for helping him become a better player.
Bagoole was named the Pilsner player of the month (March) on Monday in Kampala. He won the accolade ahead of KCCA‘s Nicholas Kasozi and Cromwell Rwothomio of URA
"This award motivates me as a player. I thank my fellow players and coaches because football is about teamwork. I am focused on helping my team win as many games as we can until the league comes to an end," stated  Bagoole. 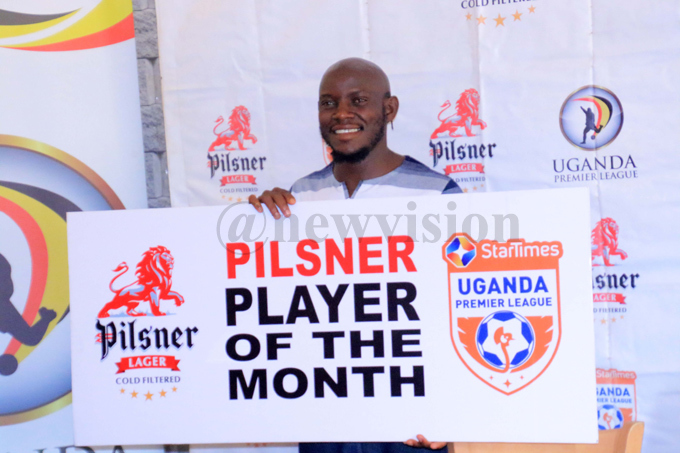 Bagoole managed to score two goals against Nyamityobora and SC Villa in March.
Bagoole was the second player from Kirinya to win the accolade after Joel Madondo won the first award late last year.
Sam Ssimbwa who guided URA to 1-0 and 2-0 victories over Express and Paidha Black Angels respectively before playing to a 1-1 draw with BUL was voted coach of the month. He also saw URA advance from the fourth position to the third which they still hold to date.
Ssimbwa beat KCCA's Mike Mutebi and Wasswa Bbosa of Tooro United to the accolade. Apart from accolades, both Ssimbwa and Bagoole also walked away with a cash prize of sh1m

What is it with the sewerage

Borrow a leaf from Singapore

Borrow a leaf from Singapore