Some of the students' books burning inside the metallic suit case. Photos by Stuart Yiga

Police in Mukono has started investigations to establish the cause of the fire which gutted the school boys' dormitory at Forest Hill College, located at Namawojjolo, Nama Sub County in Mukono district, along Jinja-Kampala highway.

The school's head teacher Jane Were, told the New Vision, that the fire started at around 2:00 pm on Thursday when all students were in their music, dance and drama rehearsals ahead of the school's sports day scheduled for Saturday, April 6.

She added that the affected dormitory has been accommodating students from senior three to six.

Were also reveals that all the students' belongings worth sh800m including the books, bedding, and their attires were destroyed beyond repair.

"Because of the situation, we have asked the parents to come and pick their children as the management forges a way forward," she said. 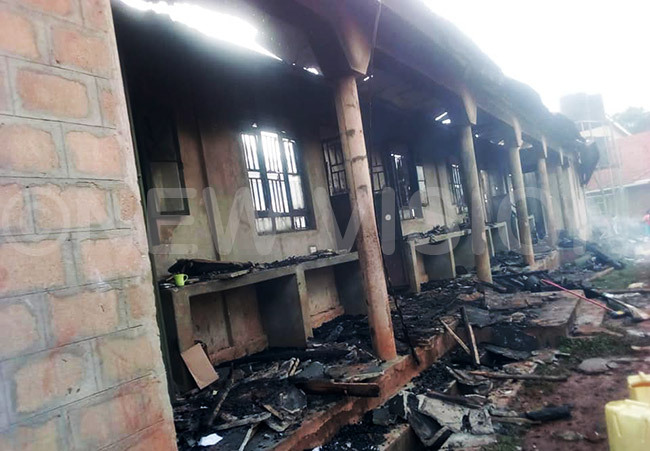 The dormitory block that was gutted with fire

However, the area councilor, Godfrey Nyanzi expressed his discontentment over Police's delay to reach the scene.

"Had it not been the effort of locals and students, the fire would have spread to other structures because the Police fire brigade delayed arriving at the scene," he said.

Nyanzi also observed that if the fire had started when students were inside the dormitory, it would have been very difficult to rescue them since all the windows had burglary proof.

Police from Mukono led by Division Commander, Rogers Seguya and the fire control officer, Conrad Byomugabe arrived at the scene to help in putting out of the fire but could not save the situation since almost everything had turned into ashes.

At around 5:00 pm, the state minister for Higher education, John C Muyingo, also visited the scene to console the school's management and the affected students. 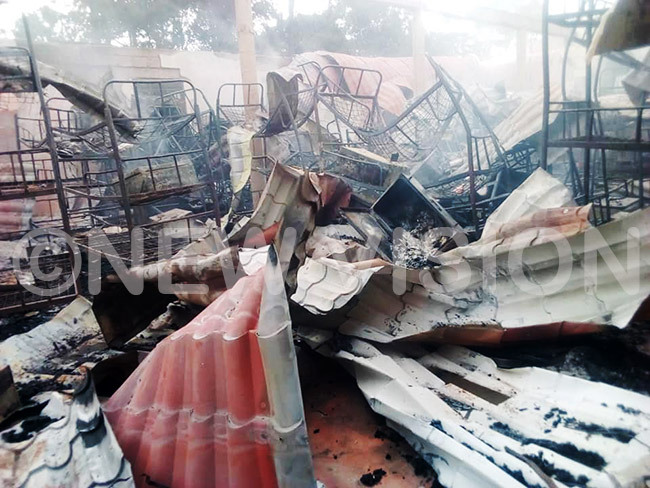 Meanwhile, the Kampala Metropolitan Police Spokesperson, Patrick Onyango, said, their the criminal investigations team together with fire experts are working hand in hand to establish the cause of the fire.

It is however alleged that since there was heavy downpour characterised with strong wind, there could have been an electric circuit that sparked off the fire.

This is the second fire incident to be registered in Mukono since the year started.

The first one occurred on January 08, 2019, at Seeta SDA primary School, leaving one pupil dead.