In this file photo taken on March 10, 2019, rescue teams collect bodies in bags amid debris at the crash site of Ethiopia Airlines near Bishoftu, a town some 60 kilometres southeast of Addis Ababa, Ethiopia. - A preliminary report from the fatal crash of a Boeing 737 Max in which 157 people died in Ethiopia will be released on April 1, 2019, Ethiopia's foreign ministry said. The Boeing 737 MAX 8 operated by Ethiopian Airlines crashed on March 10, southeast of Addis Ababa. (Photo by AFP)

Embattled US aviation giant Boeing on Thursday insisted on the "fundamental safety" of its 737 MAX aircraft but pledged to take all necessary steps to ensure the jets' airworthiness.

The statements came hours after Ethiopian officials said pilots of a doomed plane had followed the company's recommended procedures prior to a crash that left 157 people dead.

The preliminary findings released Thursday by transportation authorities in Addis Ababa put the American aircraft giant under even greater pressure to restore public trust, with nearly 350 people dead in crashes involving its formerly top-selling 737 MAX aircraft in less than five months, amid mounting signs the company's onboard anti-stall system was at least partly at fault. 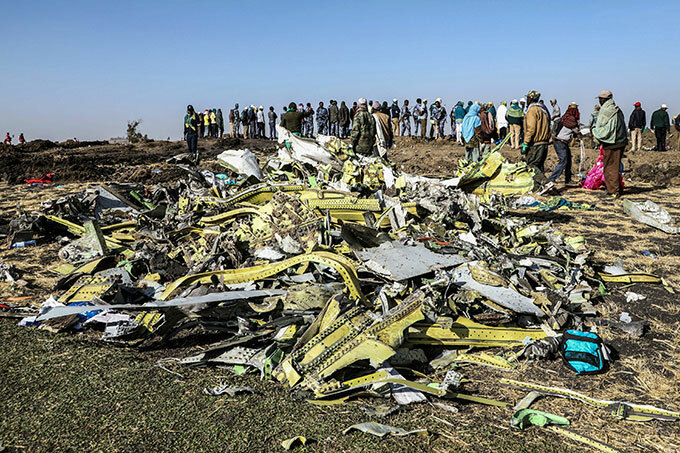 In this file photo taken on March 11, 2019, people stand near collected debris at the crash site of Ethiopia Airlines near Bishoftu, a town some 60 kilometres southeast of Addis Ababa, Ethiopia . (Photo by AFP)

"We remain confident in the fundamental safety of the 737 MAX," CEO Dennis Muilenburg said in a statement, adding that impending software fixes would make the aircraft "among the safest airplanes ever to fly."

Muilenburg also expressed grief at the loss of life in the recent crashes.

He acknowledged, however, that an "erroneous activation" of Boeing's so-called Maneuvering Characteristics Augmentation System (MCAS) had occurred in both recent crashes.

The system is designed to prevent stalls but may have sent the Ethiopian and Indonesian jets hurtling uncontrollably into the ground.

In an earlier statement, the head of the company's commercial aircraft division had said Boeing was ready to perform "any and all additional steps" to enhance the safety of the 737 MAX.

The Washington Post reported Thursday that US regulators had ordered Boeing to fix a second flight-control problem, not related to MCAS, but which officials nevertheless deemed critical to flight safety.

As a result, the timeline the company gave last week for returning the 737 MAX, which is now grounded around the world, to service had been delayed, the newspaper said.

"We are taking steps to thoroughly address this relatively minor issue and already have the solution in work to do that," Boeing said in a statement.

Earlier this week, US regulators demanded further improvements to a proposed MCAS fix before it could be submitted for review and announced a review of the certification of the automated flight control system on the 737 MAX.

Ethiopian authorities' full report has not been publicly released, but according to a draft copy seen by AFP, shortly after take-off a sensor began transmitting faulty data, prompting the autopilot system to point the nose downwards.

"The crew performed all the procedures repeatedly provided by the manufacturer but was not able to control the aircraft," said Ethiopian Transport Minister Dagmawit Moges. 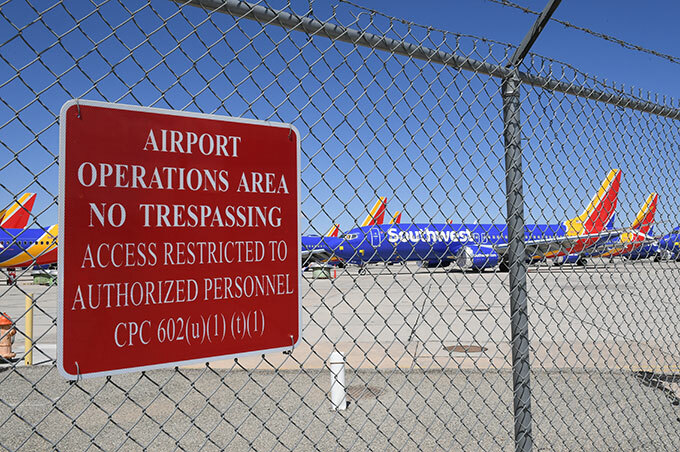 Southwest Airlines Boeing 737 MAX aircraft are parked on the tarmac after being grounded, at the Southern California Logistics Airport in Victorville, California on March 28, 2019. - After two fatal crashes in five months, Boeing is trying hard -- very hard -- to present itself as unfazed by the crisis that surrounds the company.  (Photo by  AFP)

The report recommends "the aircraft flight control system shall be reviewed by the manufacturer," Dagmawit said.

"Aviation authorities shall verify that the review of the aircraft flight control system has been adequately addressed by the manufacturer before the release of the aircraft for operations," she added.

Boeing now says it plans to release a software fix to the anti-stall system used aboard the 737 MAX aircraft in the coming weeks.

The Ethiopian Airlines flight was headed to Nairobi on a clear morning on March 10 when so-called angle of attack sensors on either side of the nose of the plane began sending conflicting information to the autopilot system shortly after take-off.

According to the report seen by AFP, the nose of the plane pointed down four times without pilot input.

The autopilot was switched off at some point and the captain called out "pull up" three times to his first officer as the pair battled to gain control.

Three minutes after takeoff and three minutes before the crash, the captain asked the first officer to try the manual trim system, which changes the level of the plane. He replied that it was not working.

They asked to turn back, but it was too late. The plane pitched down at a 40-degree angle, smashing into a field outside Addis Ababa at about 500 knots (920 kilometers/575 miles) per hour.

Both engines were buried at a depth of 10 meters (32 feet), in a crater 28 meters wide and 40 meters long, with fragments of debris found within a radius of about 300 meters.

"This accident was not survivable," said the report.

People from more than 30 countries were onboard.