Global tensions to force trade slowdown in...
Next Story

A VR device using the 5G network is seen at a pop-up store of South Korean telecom operator LG Uplus in Seoul. (AFP)

South Korea on Friday launches the world's first nationwide 5G mobile networks -- a transformational leap that has superpowers sparring for control of an innovation that could potentially change the day-to-day lives of billions of people.

But while the South has won the race to be first to provide the user experience, that is only one part of a wider battle that has pitted the United States against China and ensnared giants including Huawei.

Hyper-wired South Korea has long had a reputation for technical prowess, and Seoul has made the 5G rollout a priority as it seeks to stimulate stuttering economic growth. 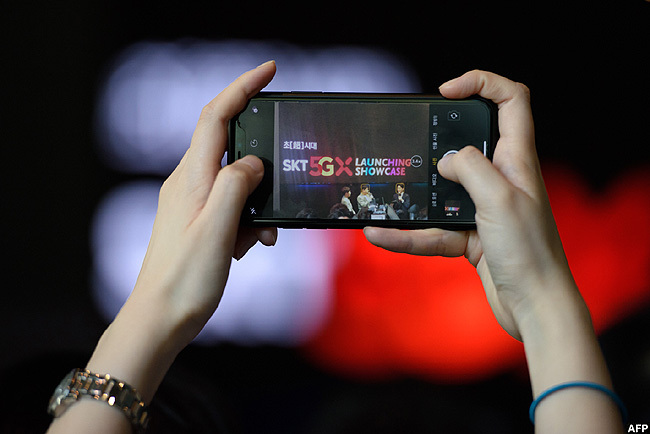 An audience member takes a photo during an SK Telecom launch event for the company's 5G mobile network, in Seoul

The system will bring smartphones near-instantaneous connectivity -- 20 times faster than existing 4G -- allowing users to download entire movies in less than a second.

In the same way that 3G enabled widespread mobile web access and 4G made new applications work ranging from social media to Uber, 5G will herald a new level of connectivity, empowered by speed.

It is crucial for the future development of devices ranging from self-driving vehicles that send data traffic to one another in real time to industrial robots, drones and other elements of the Internet of Things.

That makes it a vital part of the infrastructure of tomorrow, and the 5G standard is expected to bring about $565 billion in global economic benefits by 2034, according to the London-based Global System for Mobile Communications, an industry alliance. 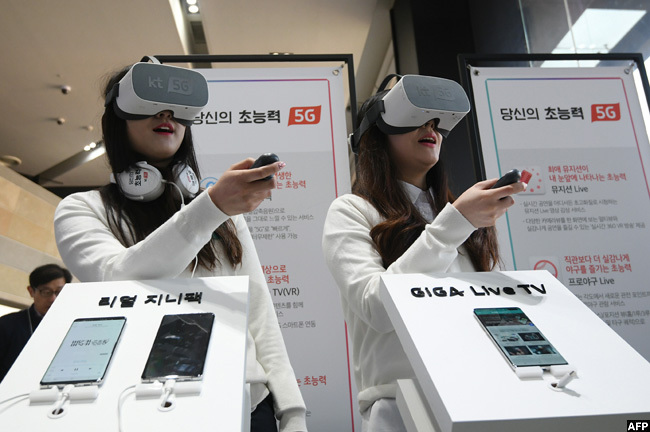 But the implications of the new technology have pitted Washington against Beijing in an increasingly bitter standoff.

The US has pressed its allies and major economies to avoid 5G solutions from Chinese-owned telecom giant Huawei, citing security risks that technological backdoors could give Beijing access to 5G-connected utilities and other components.

Combined with manufacturers ZTE and Oppo, plus the China Academy of Telecommunications Technology, Chinese entities own a total of 3,400 patents -- more than a third of the total, according to the research firm.

South Korea comes next, with its companies holding 2,051 patents. 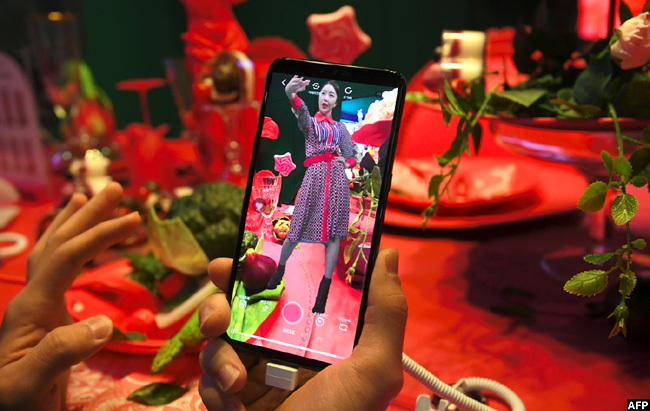 In contrast, US firms have 1,368 altogether, IPlytics said -- 29 fewer than Finland's Nokia alone.

All three of South Korea's mobile operators -- KT, SK Telecom and LG UPlus -- will go live with their 5G services on Friday.

"5G's hyper speed can connect one million devices within a one square kilometre zone simultaneously," KT said in a report.

Neither KT nor SK Telecom use Huawei technology in their 5G networks, but it is a supplier to LG UPlus, the companies told AFP. 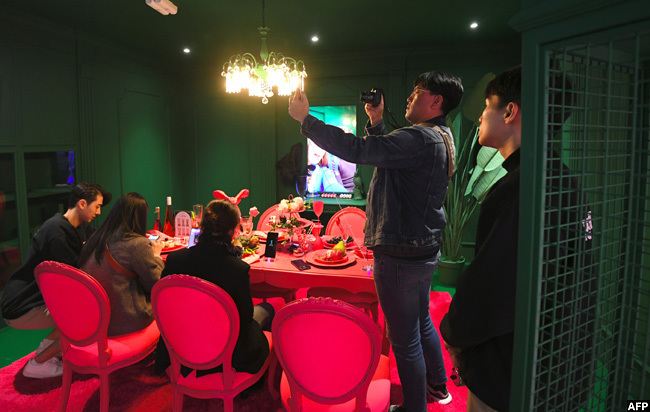 Deployment in US market

Until now, no mobile networks have offered nationwide 5G access.

US network carrier Verizon said Wednesday it became the first carrier in the world to deploy a 5G network -- in Chicago and Minneapolis, with more cities due to follow this year.

The system will work with Lenovo's Moto Z3 smartphone.

"Verizon customers will be the first in the world to have the power of 5G in their hands," said Hans Vestberg, Verizon's chairman and chief executive officer. "This is the latest in our string of 5G firsts."

Rival US carrier AT&T deployed what it called its 5G E network in 12 cities last year with speeds faster than 4G networks but below those being deployed in other fifth-generation systems.

Andre Fuetsch, president of AT&T Labs, said in a statement Wednesday that independent testing shows "that we are the fastest wireless network nationwide."

Qatari firm Ooredoo says it offers 5G services in and around Doha -- but does not have devices available to use them.

Japan is also expected to roll out a limited deployment in 2019 before full services start in time for next year's Tokyo Olympics. 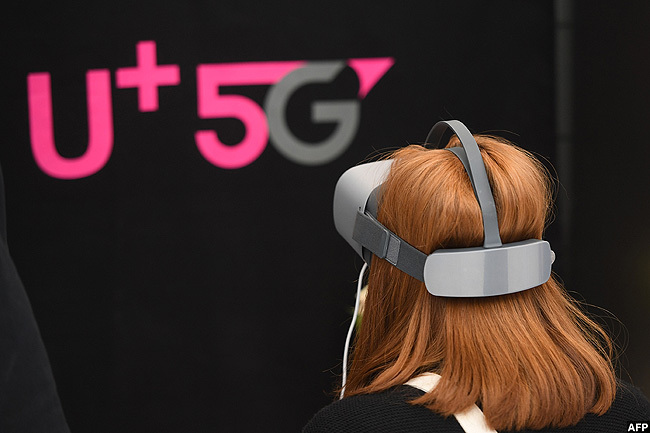 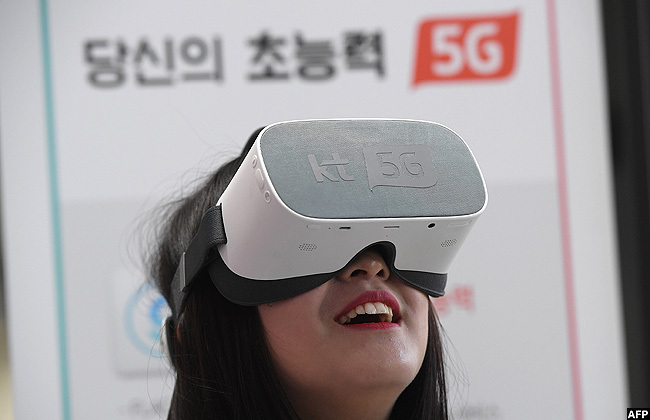 More than three million South Koreans will switch to 5G by the end of this year, predicted KT vice-president Lee Pil-jae.

Cost is likely to be a barrier initially for user uptake, analysts say, as the cheapest version of the new Galaxy handset will be priced at 1.39 million won ($1,200).

"While there are many cheap 4G smartphones under $300, Samsung's 5G phones are well over $1,000, which could be a major minus point for cost-savvy consumers," a KT representative told AFP.

None of South Korea's three network operators would say how much they have invested in 5G, but Seoul's economy minister Hong Nam-ki estimate it would be at least $2.6 billion this year alone.

"If 5G is fully implemented," he said, "it will greatly improve people's lives". 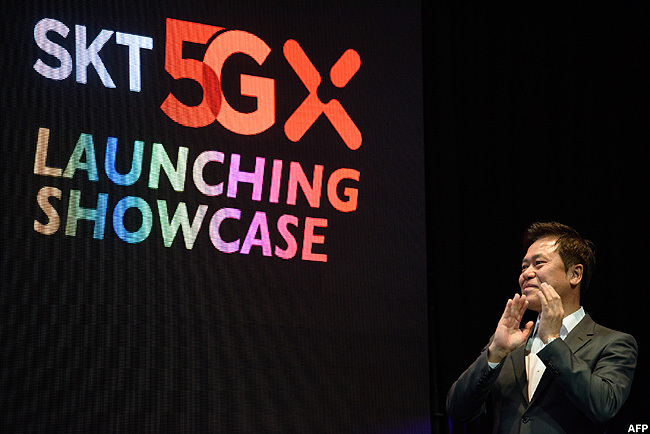 SK Telecom CEO Park Jung-ho delivers a speech during a launch event for the company's 5G mobile network, in Seoul

Mama Irene: gone but not forgotten

Gave up all to bring hope to Uganda's disadvantaged children