IBAU: All set for maiden conference of ins...
Next Story

State minister for youth, Florence Nakiwala Kiyingi summoned Fresh Kid, his promoters and parents to her office on Tuesday to discuss the matter

Minister Florence Nakiwala Kiyingi with Fresh Kid in her office on Tuesday. Photo by Eddie Ssejjoba

State minister for youth, Florence Nakiwala Kiyingi summoned Fresh Kid, his promoters and parents to her office on Tuesday to discuss the matter

Anyone below the age of 18 is a child and that child belongs to the state, in any case of mistreatment, whether by the parent or any other person, the state has the duty to intervene, said Pius Bigirimana, the permanent secretary ministry of  gender, labour and social development in regard to young music star, Patrick Ssenyonjo alias Fresh Kid.

The seven-year-old primary two pupil and budding rapper recently came to the attention of the wider public after his manager dismissed state minister for youth, Florence Nakiwala Kiyingi's directive to stop booking the boy for public shows and using him for commercial gigs. 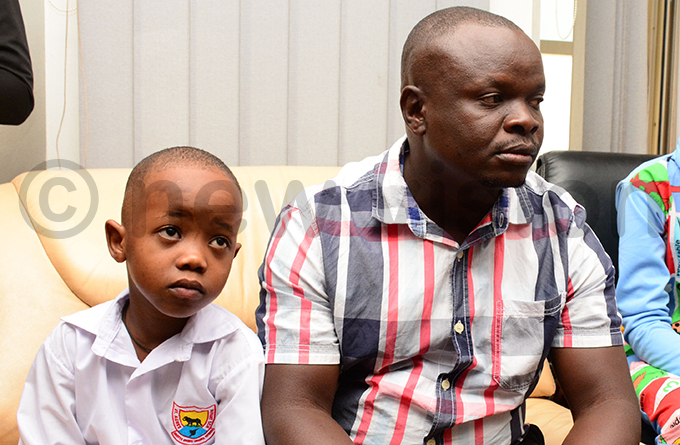 He comments were widely criticised by Fresh Kid's fans and legislators who argued that it would stifle his music career and deny him a living. Fresh Kid later came out with Bambi in which he pleads with the minister to let him develop his career.

Nakiwala, therefore, decided to summon Fresh Kid, his promoters and parents to her office on Tuesday to discuss the matter and explain to them the role of the state in the upbringing of children and what the law states about his career in music.

A pupil of St Agnes Infant and Primary School Kawanda in Wakiso district, Fresh Kid turned up in the company of his parents, Paul Mbogo Mutabaazi and Madrine Namata, his sister Pauline Nanyonga, his manager Francis Kamoga, songwriter Fred Kabajjo and Moses Kisekka who coordinated the meeting.

Nakiwala invited Bigirimaana, the principal probation and welfare officer, Jane Stella Ogwang, and other child experts for the meeting where Fresh Kid himself was not allowed to attend.

Clad in his school uniform, Fresh Kid knelt before the minister when he went to greet her. In a brief chat, he told the minister that he was actually going to school and only sings when invited to do so. 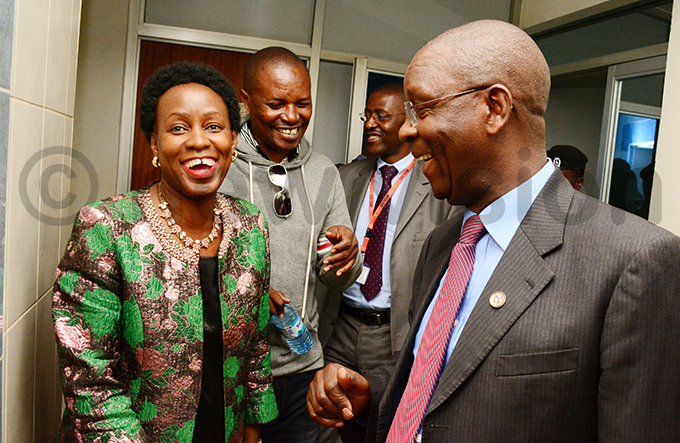 Minister Nakiwala and the ministry of gender, labour and social development permanent secretary Pius Bigirimana chat with journalists outside her office. Photo by Eddie Ssejjoba

Bigirimana clarified that although Fresh Kid has a talent in music, he must be guided and that it was the duty of his parents and teachers to control his participation.

"We must ensure Fresh Kid goes to school. Although he can be allowed to sing during his free time like weekends or holidays, he must be able to balance schooling and music," Bigirimana explained, adding that no one would be allowed to exploit his talent for the benefit of others against the law.

Nakiwala instructed Ogwang, to work out a program, which would guide and control Fresh Kid's appearances for music shows.

She rejected Mutabaazi's pleas that the entire family was dependent on his son's earnings, saying it would be a gross violation of his rights and placing a burden on him to sustain his family.

"As a custodian of the law I cannot allow that to happen, the child must not be given the burden of looking after the family," she said.

Mutabaazi, a manicurist had also asked the minister to allow Fresh Kid to perform at special shows that fall during weekdays for the sake of the promoter and sustaining the family. 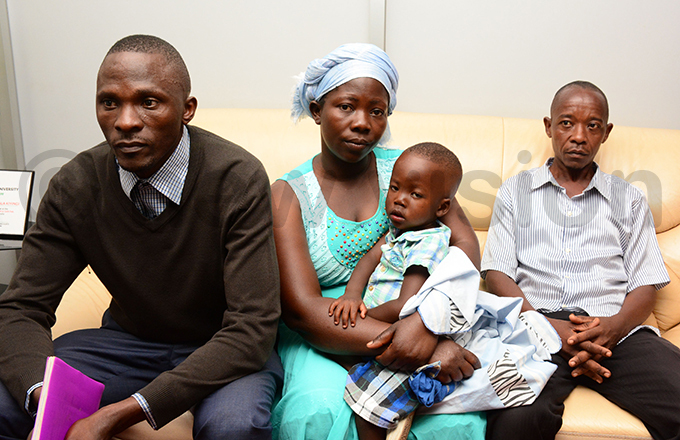 Fresh Kid's father Paul Mutabaazi (right) with his Madrine Namata and the deputy head teacher of St Agnes Infant and Primary School during the meeting. Photo by Eddie Ssejjoba

"I'm a poor man with seven children, two girls have already dropped out of school, so we all look forward to benefiting from this boy's fortunes," he stated, pleading that if possible, the minister should come to his aid and sponsor one girl.

Kamoga, however, dismissed claims that Nakiwala had offered sh5m to the boy and said apart from the cordial meeting with her, she did not commit herself to do anything.

He said he found the child at night at a pub last November that in such a short time, he's groomed him to become what he is today.

Mutabaazi said he is actually concerned about Fresh Kid's education and that he had taken him back to school. "I am also a father, I'm taking care of him like my own," he said.

The parents and manager, as well as St Agnes Infant and Primary School deputy headteacher, signed a letter of commitment where they pledged to abide by the guidelines as provided by the ministry.

MPs angry about deaths on roads