In the 2016 Rio Olympics, Emong’s silver in athletics (1500m T46), was the only medal that Uganda received in both Olympic and Paralympic games.

In the 2016 Rio Olympics, Emong’s silver in athletics (1500m T46), was the only medal that Uganda received in both Olympic and Paralympic games.

Paralympic sport in Uganda has not yet received the necessary recognition and support it deserves despite the glory Paralympics like David Emong has brought the country.
In the 2016 Rio Olympics, Emong's silver in athletics (1500m T46), was the only medal that Uganda received in both Olympic and Paralympic games. His exploits in the 2017 World Para-Athletic Championships where he picked gold recently earned him sh30m from the government, with Minister of Sports Charles Bakkabulindi promising more of such rewards to outstanding athletes.
Whereas the rewards have started trickling in for outstanding sportsmen, the need to support upcoming and potential future stars remains enormous.
Uganda's only Para swimmer Husnah Kukundakwe currently, finds herself in a place of bother as she looks for funds to enable her to compete in the World Para-Swimming World Series 2019 in Singapore, in May.
She requires close to sh50m (both for her, coach and caretaker) for the Singapore event which is a must attend for purposes of not only getting classification but where she will able to collect points in order to be able to compete in the World Championships in Malaysia in July. That trip will also require another sh122m. 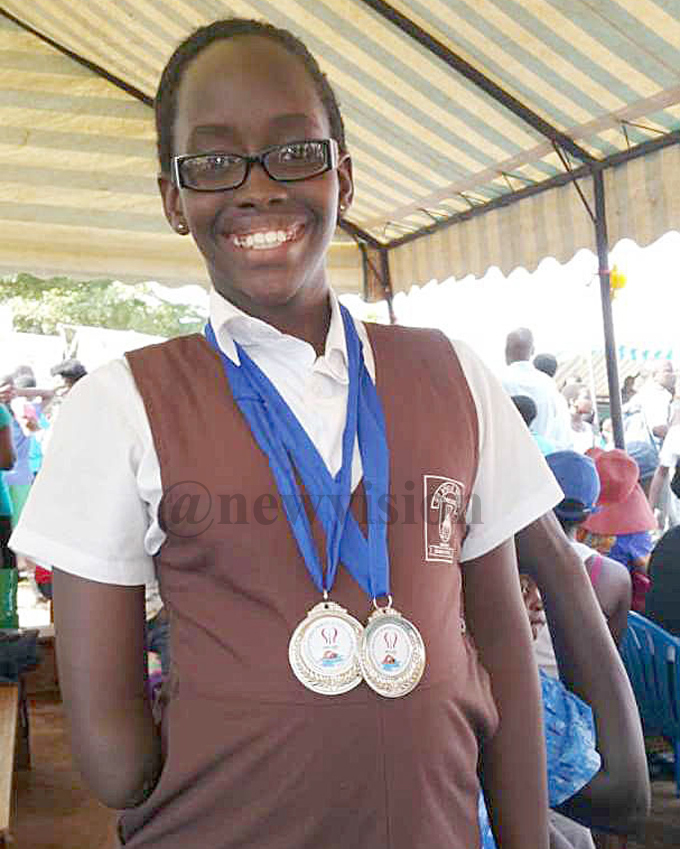 "She is due for re-classification because she was last classified while she was 10 years. This will be the last classification that she will receive and compete with for the rest of her life, so we want her to get that ranking now because we are targeting competing at the 2020 Paralympic games in Japan," Hashima Batamuriza her manager said.
"She is the first Para swimmer in Ugandan history and she needs to participate in at least two World Series events in order to be classified, so we appeal to government and other well-wishers to lend a hand. We are already spending a lot on training and other necessities,"
The 12-year-old, Sir Apollo Kaggwa P.7 pupil and Dolphins Swim Club swimmer was born with a physical disability on one of her hands but has been swimming alongside able-bodied swimmers but also competed in the 2018 Korea Paralympic Youth Camp where she bagged gold in the 100m breaststroke.
Last year she competed in the National Paralympic Games in Mbarara and beat men older than her in the pool, winning two gold.
"My mum sent a sponsorship appeal to the Ministry of Education and Sports and I wish the Minister and First Lady Janet Museveni can respond so that I'm able to compete in those two events. I also need to train regularly in a 50m pool," Kukundakwe said after training at Speke Resort Munyonyo on Sunday.
Para-athletics classification is the basis for determining who can compete in specific athletic sports, and within which class. All athletes' results at each World Series edition are calculated using a standardised World Para-Swimming points system via an online virtual competition platform.