A win for the Ugandan sides will get them closer to the knockout stage of the tournament.

Nemo Stars' George Aporu receives the ball during the game against the University Zimbabwe. Nemo won 3-2. PHOTO: Johnson Were

A win for the Ugandan sides will get them closer to the knockout stage of the tournament. 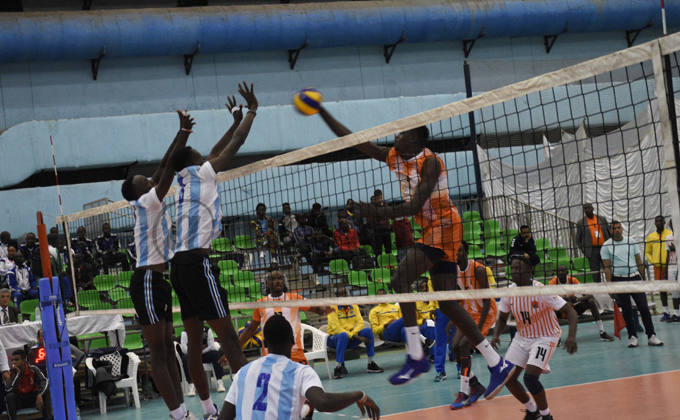 UCU will face Gendarmarie of Madagascar while Nemo Stars take on Kenya's GSU.
A win for the Ugandan sides will get them closer to the knockout stage of the tournament.
"It is good we have won and defeating a champion means that we now climbing in rankings because we can now be counted in the top sixteen teams of the tournament," UCU head coach Nason Bwesigye noted.
He, however, cautioned his charges against complacence saying that," This win should be the yard stick for us to work harder and go for the second win but not relaxing."
"We are five in a pool and that means that we have to win a minimum of three games if we are to qualify to the next stage and that is the focus," UCU coach Nason Bwesigye noted.

University entry points may be stiffer