Mulago National Hospital executive director is supporting the construction of Lubowa Hospital project saying that it will give room for doctors to compete with their counterparts.

"Lubowa project will have a private component and will offer quality services. This will allow doctors at the national referral to compete with fellow doctors,''

Speaking while receiving a donating of medical equipment from Korea International Cooperation Agency (KOICA) at  the women's hospital on Friday Byarugaba gave an example of government's move in the past to construct Mbarara University where professors from Makerere University medical school were against the proposal.

He said  to date the university produces cream doctors and it is competing with Makerere University. 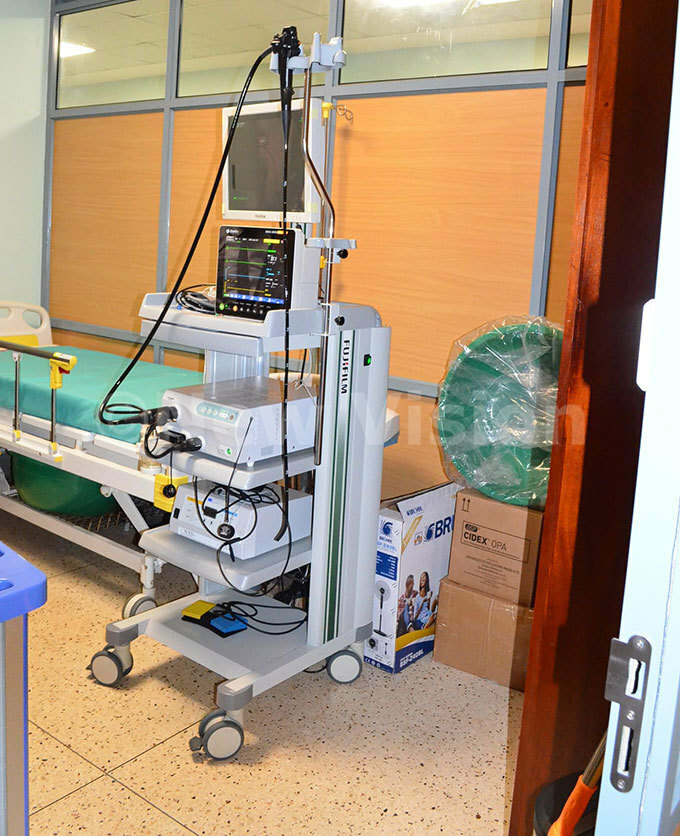 On March 12 this year, Parliament approved a guarantee of $379m (about sh1.4 trillion) for the construction of an international specialised hospital in Lubowa, Wakiso district, which upon completion is expected to treat some of the conditions for which Ugandans have been travelling abroad like cancer and organ transplant.

Earlier government had requested for authorization of Parliament following a proposal by Italian investors, Finasi Roko Construction SPV Limited, to have the project financed through a promissory note by government as a public-private partnership.

Byarugaba said the $9m for completion of Mulago renovation and reconstruction also includes the work which was done and not paid for.

"When we talked to the contractors they assured us that when we write to them and indicate that we have got the money they will give us five months to complete the hospital.

We have discussed with officials from the Ministry of Health and this week the permanent secretary will write to contractors so that they resume full work.'' Byarugaba said

Last week, medics under their umbrella body UMA, suggested that part of the sh1.4trillion loan approved for the construction of an international specialised hospital in Lubowa, Wakiso district, should be used to complete the national referral.

The doctors were worried over the delays in completion of rehabilitation and reconstruction of Mulago National Referral Hospital adding that the works were delaying the placement of 42 trained super-specialised doctors.

Through their President, Dr. Obuku, the medics argued that instead of approving a loan of sh1.3trillion for the proposed project, government should use the money to complete the rehabilitation and reconstruction of Mulago Hospital including the Uganda Cancer Institute and the Heart Institute.

"There are other deserving institutions in Uganda that are looking for capital development funding. We recommend that government reduces the cost of the Lubowa project and allocates funds saved to these institutions including the private sector,"

The medics argued that instead of putting up another specialised hospital, government needs to refurbish and expand the existing structures especially the specialised units so that they are efficient enough to handle complicated cases.

They advised government to invest in human capital by training, recruiting and retaining medical specialists and super-specialists in the regional and national referral hospitals

During the handover of medical equipment including endoscopy worth sh200m , the Country director, KOICA Young Suk,Jun said the medical supplies and equipment they have donated will go a long way in helping to strengthen health care delivery for the general public.

Endoscopy is a nonsurgical procedure used to examine a person's digestive tract. The machine can also detect cancer of oesophagus, stomach and colon cancers and ulcers among others.

Transporters to pay sh3.5b in fines to UNRA for overloading

Illegal car designs on our roads

A cargo truck being weighed at Magamaga