The environmental and social impact assessment (ESIA) report for proposed petroleum projects to extract oil from the onshore fields in the Kingfisher development area on Lake Albert is ready.

The report is also now available for public scrutiny and comments, according to the National Environment Management Authority (NEMA).

Subsequently, NEMA and the joint venture oil companies and the government petroleum institutions intend to hold public hearings for people to discuss the report next month.

The people will discuss the report and give views and suggest further mitigation measures against possible environmental and social effects from the intended kingfisher development projects.

The Kingfisher development area is located in Buhuka parish in Kikuube district. The oil joint venture partners led by CNOOC Uganda intend to build production infrastructure to extract an estimated 40,000 barrels of oil per day.

The project will also include building a feeder pipeline to transport stabilised crude oil from Buhuka to the delivery point in the proposed industrial park in Kabaale village in Hoima. 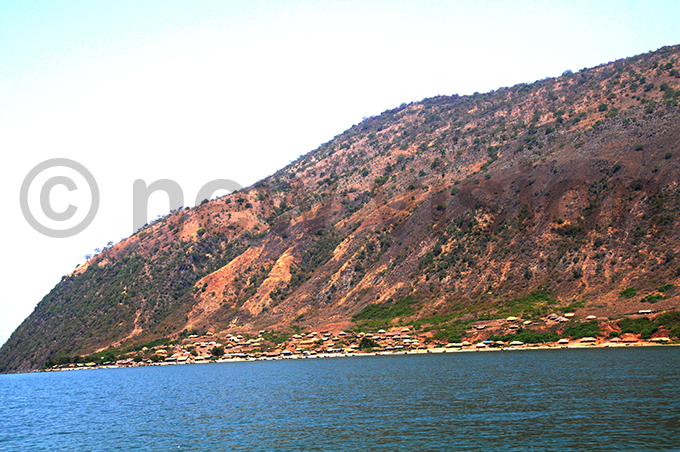 The starting point for the proposed crude export pipeline, refinery, Hoima international airport, petrochemical industries and other facilities will be located in the industrial park.

Other facilities, according a media notice published by NEMA on Monday, will include camps, a materials yard, a jetty and internal access roads.

"Details of the nature of the project, its location, benefits to the local community, anticipated positive and negative environmental impacts; and proposed mitigation measures to respond to the negative impacts have been provided in the ESIA report," the environmental watchdog said.

The copies of the report, according to NEMA, are available at its library in Kampala, Petroleum Authority of Uganda, Hoima and Kikuube district local governments, Uganda Wildlife Authority, the national library, Makerere and Kyambogo university libraries, Hoima public library, Uganda National Oil Company, and ministries of water and energy.

The electronic version of the report is also available on the NEMA website. The people are expected to submit comments and views about the report and proposed projects by May 15 before the start of public hearings.

The public hearings for the proposed development of Tilenga fields in Buliisa were held last November. About 200,000 barrels are expected to be extracted from the fields per day.

"….the outcome of the public review will contribute towards making a final decision on the project," NEMA stated. Uganda has discovered an estimated 6.5b barrels of oil resources so far.

Prisonersâ€™ spouses have right to sex

Homosexuality is against our culture