President Museveni pays his respects as his wife Janet Museveni lays a wreath on the casket containing the body of Canon Joyce Rugazora during the funeral service at the Church of the Resurrection, Bugolobi on Saturday. PHOTOS: Mathias Mazinga

Tributes have been paid to Canon Joyce Kitefunga Rugazora, a Lay Canon of the Church of Uganda, who died on Thursday at the age of 86. The tributes were delivered during the deceased's funeral service at the Church of the Resurrection, Bugoloobi, on Saturday.
Among those that eulogised Rugazora was President Yoweri Kaguta Museveni who marveled at her great sense of love, faith, determination, and hard work.
He said Rugazora belonged to the cultural clan of Abayombo (a sub-clan of Abagahe), who were pioneers of education. He made people laugh when he advised men with domineering wives to succumb to them, arguing that the domineering was to their advantage. Museveni later thanked God for the relatively long life of Canon Rugazora.
The First Lady Mrs. Janet Musveni (a niece), also spoke highly of Canon Rugazora's deep faith and commitment to God. She thanked the children for taking good care of their mother and also encouraged them to keep her admirable legacy. Hannington Byaruhanga (a son) said her mother was an embodiment of love, honesty, oneness, and friendliness.
"She was a loving mother, friend, pillar of the family and state. She was the anchor of everything. She was so courageous, firm and resilient. Even during the most painful moments, she continued to smile and pray for us. She underwent several operations, but she continued to take charge of the family. She helped many needy people."
Sheila Sabune Kivumu (grand-daughter) said her grandmother had a big heart that accommodated everybody that came to her.
Canon Rugazora was also praised by the Hon Sam Kuteesa, who emphasized her honesty, determination, and love, which he said cut across clans and tribes.
The Rev Canon Geoffrey Byarugaba (homilist) said Canon Rugazora was part of the group of revolutionary women that received Christ, who consequently changed their lives, attitudes, purposes, and destiny. 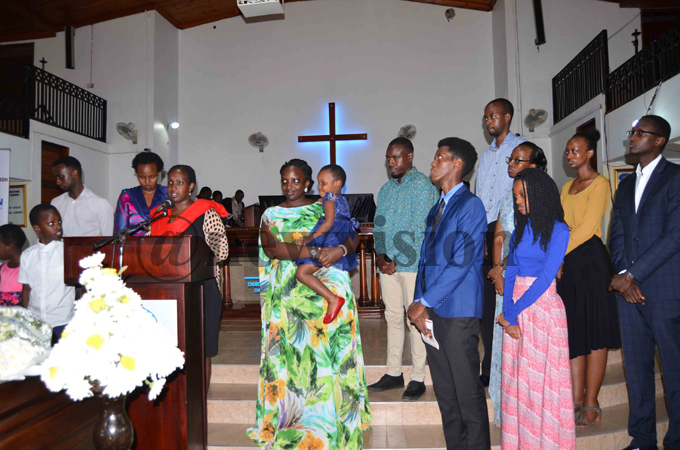 Elidadi Rugazora, the husband, thanked President Museveni and his wife Janet Museveni for their love, support, and goodwill to the late Joyce Rugazora and the entire family.
The funeral service was graced by high-ranking officials from government and governmental bodies like URA, the ministry of agriculture, NAADS, State House and the Private Sector.