'We need AIDS Trust Fund more than yesterday'
Next Story

This was during her maiden visit at Gaddafi National Mosque in Old Kampala on Friday to preside over the annual Muslim Women's day celebrations.

Hundreds of Muslims women across the country attended the colourful event. The women started with a procession from the city square to the mosque.

She implored the leaders of the SACCOs headed by the UMSC secretary for Women and Youth Affairs, Sheikhat Radhiyyah Namakula to use it for the intended purpose.

"I am planting my seed of sh20m in this organisation and I urged you not to eat my seed but what you harvest out of it," Mrs Museveni said.

She appealed to Muslim women in Uganda to use their big numbers to fight poverty and evil in society and be productive in all their activities.

However, she said there is a great need to increase their number because women are also productive. 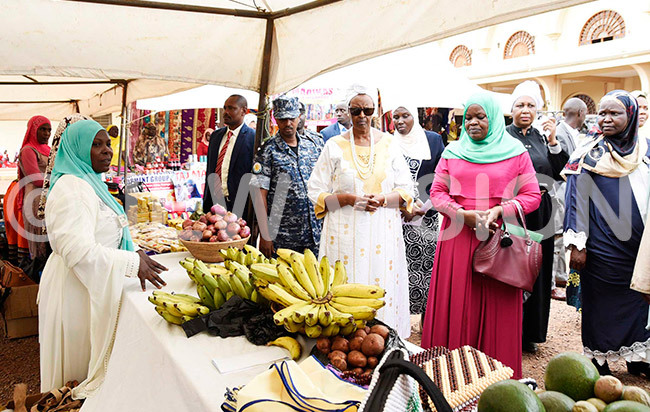 First Lady also urged Muslim women to take a keen interest in the menstrual hygiene of their school going girl child in addition to feeding them.

"It is very unfortunate for mothers to let the child go to school on empty stomach," she said.

Sheikhat Namakula appreciated the first lady for honouring their invite and said the commemoration of this day enables them to share knowledge on how to address their challenges and how to improve their lives.

She informed the First Lady that Muslim women are not part of the Muslim disunity in the country.

"As Muslim women, we look at ourselves as one family and we are not part and partial of the Muslim disunity in the country," Namakula said.

She added that Muslim women believe in polygamy as stipulated in the Quran but they only need to be empowered.

"The culture of polygamy is with us and it is not going anywhere but we just need to be empowered," she said.

She said all Muslim women are united against poverty and evil.

Namakula informed Mrs Museveni that they established a Muslim women's SACCO but it needs more support to spread across the country.

She requested the First Lady to assist them with 75 computers to enable them to keep their records.

She lauded President Yoweri Museveni for his efforts towards women emancipation. 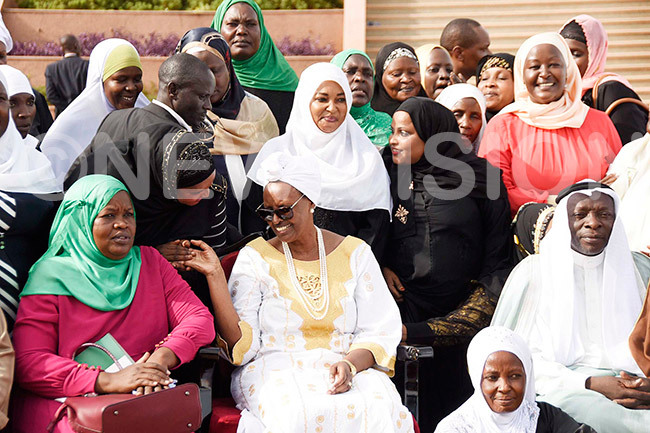 Kim Harrington, a Counselor for Political and Economic Affairs at US embassy, said empowering women creates a peaceful community.

She urged Muslim women to emulate Khadija, the first wife of Prophet Muhammad who she said was a financially independent woman who even supported the prophet.

Harrington pledged more support towards the women causes in the country.

The deputy Mufti of Uganda, Sheikh Abdallah Ssemambo requested men to support their wives in the fight against poverty.

Ssemambo said Muslim women are currently involved in a number of economic activities but they need more support to achieve their development goals.

The Deputy Inspector General of Government, Mariam Mutonyi commended the government for its efforts towards affirmative action, which has seen a number of women taking up top positions in the government.

Mutonyi stressed that women are the best creatures because they are beneficial to all people's lives.

Mutonyi urged Muslim women to forget the past and focus on the future.

"Your background should not determine your future. Let us join hands and fight poverty and evils," she said.

She also asked Muslim women to take a pivotal role in the fight against corruption.

"I call upon all Muslim women to join hands with us in the fight against corruption by instilling morals in your children," Mutonyi said.