All cases dropped against Jussie Smollett
Next Story

Art in me festival teaches children about their cultures

KAMPALA - The Art in me festival is an interschool art event aimed at celebrating the impact of various kinds of art in Uganda and the world at large.

Under the theme, "My country my culture," the festival is aimed at promoting and celebrating art as a gift for all the commendable roles it plays in society, which is believed, will keep Uganda's traditions relevant.

The festival cuts across all learning institutional stages to make sure that the child who has been mentored right from kindergarten/nursery gets talented in a particular skill up to university and use it to earn a living, even if he/she gets employed.

The annual festival is expected to attract over 60 participating primary schools around Kampala, Wakiso and Mukono districts. 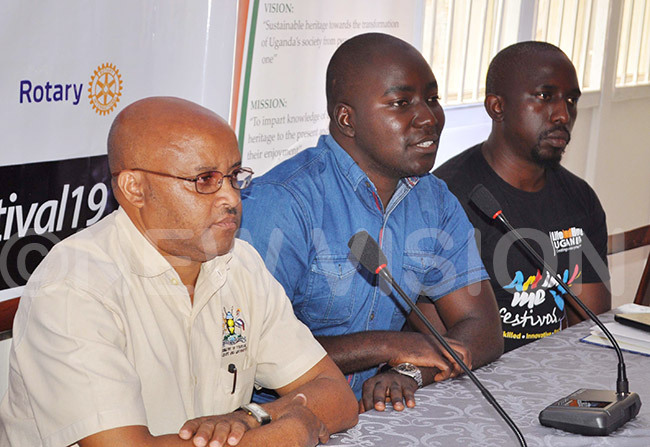 It will be the fifth edition of developing talent among young people and children and will take place at the Uganda Museum on April 07, 2019.

While addressing journalists about the festival at Uganda Museum earlier this week, Vincent Ngabirano, the education officer and conservationist at Uganda Museum called upon parents to nurture their children in line with their cultural norms and values.

"In order to preserve our culture and love the origins of our countries, children must be put on the forefront through activities that make them aware about the different practices done in the different cultures," Ngabirano said.

The conference was attended by pupils from Kitante Primary School, Kampala Parents School, Little Bears Kindergarten and Junior School and Skylands International School who showcased the traditional attires of different tribes and laboured to explain their different features and listed the specific days they are worn.

Julius Sekajja, a representative from Life and Hope, the brains behind Art in me festival revealed that the organisation plans to set up an art academy in order to train young children in various skills they are talented in within the next five years.

He added that the festival will be introduced to all regions of Uganda so as to embrace Africa's original cultures and encourage young people all over the country to embrace their cultures instead of praising and adopting the western cultures.