Deputy Speaker Jacob Oulanyah has castigated the media for what he called irresponsible reporting on the Speaker of Parliament Rebecca Kadaga's health.

While officially informing Parliament on Tuesday about her health condition, Oulanyah said since Kadaga's admission to hospital, the media has been awash with all sorts of stories that are not true.

"The media has been awash with various theories of the medical condition of the speaker which are not true. I strongly disagree and actually condemn such irresponsible conduct from the people concerned of this divided and untrue publication of the information that is not correct," Oulanyah said.

He informed the House that Kadaga has since registered steady progress and asked members to pray for her quick recovery. 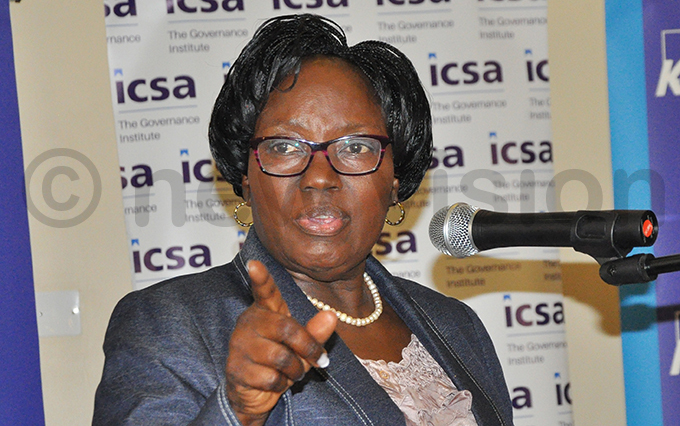 She was admitted soon after her return from a hectic working tour to Morocco and the United States of America where she attended the 63rd session of the Commission on the Status of Women at the United Nations headquarters.

A statement released by her press secretary Sam Obbo said the illness was fatigue-related.

"Due to the hectic work schedule, fatigue and jetlag, she has had to be admitted in the hospital. We hope her privacy will be respected during this period. We wish her speedy recovery," he said.

Obbo said while abroad, she steadfastly advocated for better policies for women and children in Uganda and across the globe.

Kadaga while abroad had a series of meetings including one in New York where she attended the 63rd session of the Commission on the Status of Women at the United Nations headquarters.

Two days later she was transferred to The Aga Khan Hospital in Nairobi on the recommendation of the doctors in Nakasero for further management.

HIV/AIDS: Why we should intensify social, behaviour change campaigns among youth