President Yoweri Museveni has told the ongoing SADC Solidarity Conference on Western Sahara that Morocco must be told firmly and clearly that aggression towards Western Saharawi must stop, describing their actions as a mistake of an enemy who knows that when they fight, Africa disappears.

"As our freedom fighting beliefs, we had certain perceptions in our culture. We have a Swahili saying; if somebody makes a mistake which is easy to solve, we say makosa - mistake. However, what Morocco did was not an odd mistake. It was ikyi nikipendo kya adui (This is an enemy action). This is not an ordinary mistake, it is an action that can only be done by the enemy and must stop.

Only the enemy can behave like this knowing that when we all fight over borders, Africa will disappear," Museveni said.

The President was today speaking alongside several heads of state and governments at a two day SADC Solidarity Conference on Western Sahara in Pretoria, South Africa.

The 38th Ordinary Summit of Heads of State and Government of SADC approved the convening of a Conference on Solidarity with the Saharawi people. South Africa and Namibia are co-hosting the SADC Solidarity Conference with Western Sahara. 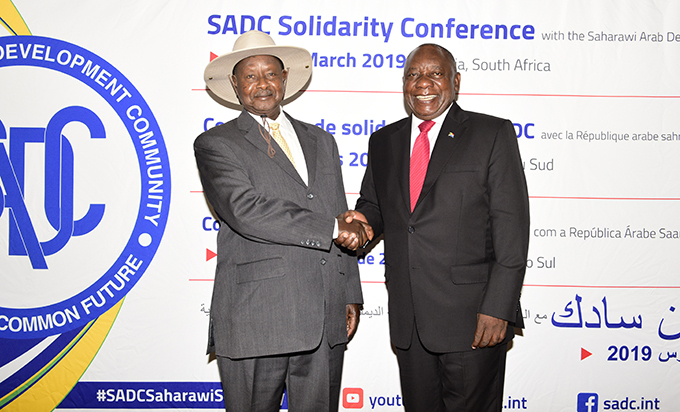 "We should be firm. At first, Morocco said they had left us, we said okay for us we stay. During anti-colonialist struggles, sometimes people fear to be divided. Sometimes being divided is good. Why force people to unite if they don't want to … sometimes unity can bring disease.

If somebody is sick and the other healthy you force them to unite you kill both. We have been divided before. We had the Casablanca group and Monrovia group; our elders were divided but fortunately they formed the African Union based on very strong principles in a very clever way," he said.

Museveni said the founders of the African union realized that despite some weaknesses like some members not being serious and some jokers; but we are united.

"They formed a liberation committee of nine to liberate Africa, even when some of these were not serious. I don't want to recommend an approach of total division, we should not form the liberation committee now or a group of front line states, but Morocco must be told firmly," he said. 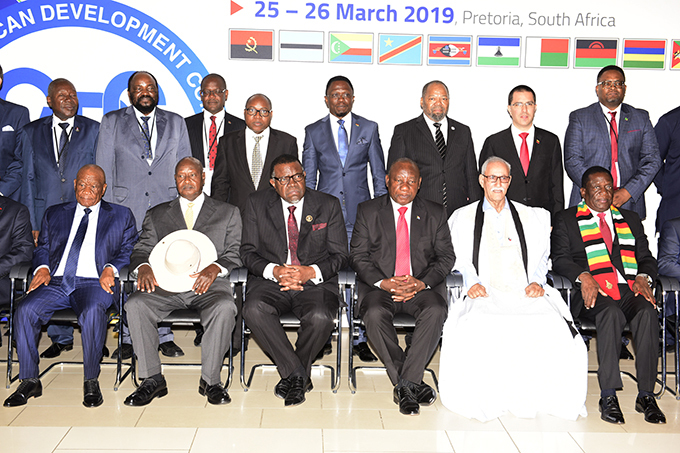 "Small kingdoms fighting one another. People who were colonized, many didn't survive. In North America and South America same story. In Africa, we survived because we were not dying easily. We survive in spite of the slave trade, colonialism, genocide, etc. We survived and struggled and eventually got independence because of many factors.

When we got independence our leaders who met in Addis Ababa in 1963 took a wise decision and formed the African Union. They said please let us leave colonial borders the way they are. They are nonsensical, don't make sense not rational but if you try to change them, you will fight forever and will do nothing else," he said.

Museveni said if it was not for this decision, Africa would be permanently at war. He said it was then that Africa transcended borders through economic integration forming blocks such as SADC, EAC, COMESA, ECOWAS etc.

"Some of our leaders including Mwalimu Nyerere, Abed Karume went further and formed a political union of Tanzania and Zanzibar through negotiations and free political will not by force."

Morocco and Mauritania annexed Western Sahara in 1975 after Spain, which had earlier colonised the territory, left. Resistance by the Polisario Front led to the formation of the Sahrawi Arab Democratic Republic and the withdrawal of Mauritania from the conflict.

In 2016, the then-U.N. secretary-general Ban Ki-moon had used the word occupation while referring to the Moroccan control of Western Sahara.