CSOs call for speedy enactment of electora...
Next Story

Kampala Central MP Mohamed Nsereko speaking about the standoff on the floor of Parliament. Photo by Timothy Murungi

Traders in downtown Kampala have asked Parliament to intervene and ask the minister of internal affairs to deploy Police and stop the owners of the business premises from charging them double the rent.

Represented by Kampala Central Member of Parliament Mohamed Nsereko, the traders at Qualicel and Nabukera arcades complained that they were being double charged by city businessmen Drake Lubega and Mansoor Matovu commonly known as Yanga.

Presenting their concerns on Tuesday in Parliament, Nsereko alleged that the structures were being guarded by "city goons" who are harassing and intimidating the traders.

"The traders are also being forced to pay rent twice yet they paid for a long time. The trader pays between sh5-10m per month. So if they are forced to pay twice, for 5 months, where will they get this money?" he asked.

"We also ask the minister of internal affairs to deploy Police to guard the traders because right now, the places are guarded by goons who are harassing the traders," he said. 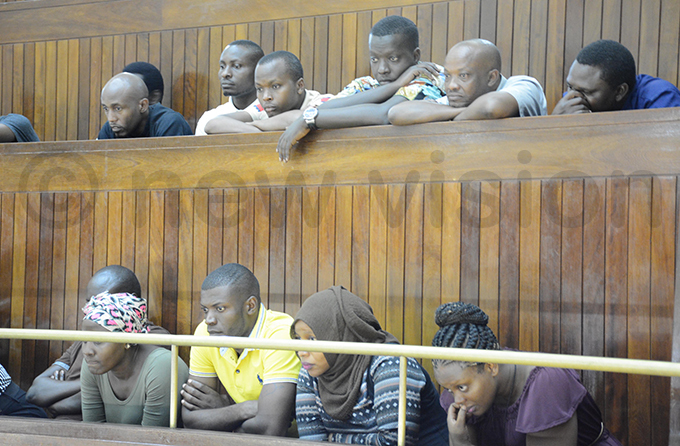 Some of the traders seated in the gallery at Parliament during plenary on Tuesday. Photo by Timothy Murungi

The traders for the last two days have been protesting demands by Lubega that they pay rent from November last year to February 2019, yet they had already paid money to his rival Charles Muhangi who passed away last year.

Nsereko asked Parliament to decide on who should take up ownership of the building in question, or an independent account is opened up to allow traders deposit their rent their until court decides on who the rightful owner of the building is, between Lubega and Muhangi.

Moses Magara a trader at Qualicel said some of them pay over sh1m for rent every month and so each day they spend without working means a loss for them.

"Last week we lost two days while we were protesting over the double charges, so we decided to open our shops on Monday so that we compensate for the days we lost while protesting," Magara said. 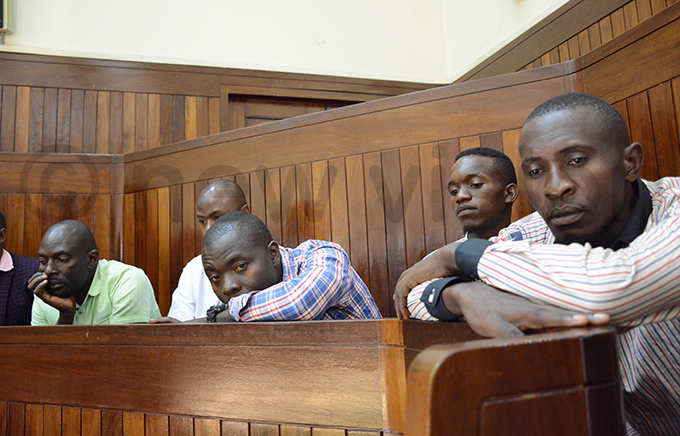 For over 15 years, Qualicel Arcade and other buildings, including a bus terminal and a commercial arcade on Plots 50-52 Nakivubo Road, adjacent to Kikuubo business centre, have been a point of contention between Muhangi and the two businessmen.

Muhangi was found dead in his bed at his residence in Buziga-Munyonyo, on December 6, 2018, and in February this year, Lubega and his team repossessed the properties.

When the deputy speaker Jacob Oulanyah called on the ministers to respond, neither internal affairs minister nor trade minister was present.

The state minister of finance, David Bahati, said he would give the ministers a report so that they prepare a comprehensive statement on the matter.