Bring extra glow, cosy feel to your home u...
Next Story

During his visit, The President will also visit the mausoleum of the late Jomo Kenyatta, the first president of Kenya and lay a wreath.

During his visit, The President will also visit the mausoleum of the late Jomo Kenyatta, the first president of Kenya and lay a wreath.

On Wednesday, President Yoweri Museveni will start a two-day visit to Mombasa where he is expected to tour the Standard Gauge Railway terminal, attend the Kenya-Uganda business forum and also give a public lecturer at Kenyatta University.

The Kenyan High Commissioner to Uganda, Kiema Kilonzo, is already in Kenya to prepare for what has been described as a ‘historic' Mombasa visit.

"His Excellency Yoweri Kaguta Museveni, President of the Republic of Uganda, will be in the Coastal City of Mombasa for a two-day State visit to Kenya, starting Wednesday, March 27, 2019," Kenyan State House officials said.

"It is a state visit and the program is already set. During the visit, President Museveni and President Kenyatta will also hold a private meeting on a number of issues between the two sister countries and other related matters," Oryem said.

According to a tentative programme, Museveni will land at Moi International Airport in Mombasa, hold bilateral talks with Kenyatta at State House, Mombasa and then the two leaders will jointly address the press on a wide range of issues.

Museveni will also attend the Kenya-Uganda business forum at the White Sands Hotel in Mombasa. 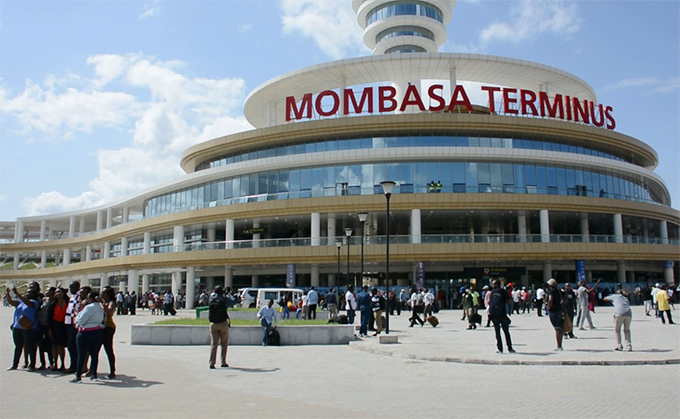 Bilateral talks between Uganda and Kenya on the possibility of extending the SGR spur up to Malaba are underway.

Officials from the Ugandan side argue that once the Kenyan SGR reaches Malaba, the construction of the Uganda first SGR phase from Malaba to Kampala will commence.

In August last year, Museveni visited Kenya and held bilateral talks with Uhuru on a number of issues, including the possibility of Uganda picking cargo from the new inland container depot in Embakasi via the SGR.

New Vision has also established that during his visit, Museveni will also visit the mausoleum of the late Jomo Kenyatta, the first president of Kenya and lay a wreath.

On Friday, Museveni is expected to interact with United Nations officials at the UN offices in Gigiri and plant a commemorative tree.

Before leaving Kenya, President Museveni will address students at the Kenyatta University.

Museveni's visit comes against the backdrop of Uhuru's recent one-day visit of Uganda on March 11.

During the visit, Uhuru, who had earlier visited Rwanda, held bilateral talks with Museveni on a number of issues.

By working on the SGR, leaders within the East Africa Community bloc, want to soften the financial burden and cargo delays that many traders face, especially during cargo transportation from Mombasa and other related ports on the coast.