As it happened: Uganda Today - Tuesday Mar...
Next Story

The Democratic Party (DP) President, Norbert Mao has taken over as the new Chairman of the Interparty Dialogue (IPOD) Summit.

He replaces his counterpart, the Uganda People's Congress (UPC) leaders Jimmy Akena who has been holding the position for the last six  months.

The position is rotational among the political parties represented in Parliament in there alphabetical order. 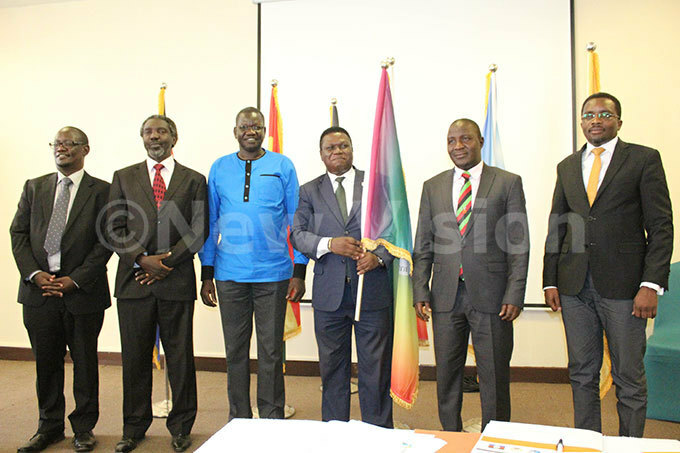 Mao said the biggest problem the Opposition was still facing is lack of freedom of expressions.

In his acceptance speech at Protea Hotel in Kololo; Mao said reforms are very instrumental towards having a levelled political process.

"I am going to ensure we push this throughout our discussions. I am going to engage the President. Reforms are key towards creating a levelled ground for all political players in the forthcoming general elections," he noted.

Uganda is slated to hold elections in 2021, to decide on their next President, Members of Parliament and other leaders.

Mao who is also the DP president urged all political parties including FDC to use the platform of IPOD to present their issues.

He said IPOD is a clearing house which should be utilised by all subscribing political parties to fight for their interests.

IPOD is supported by Netherlands Institute for Multiparty Democracy (NIMD).

"The political situation is not working for all of us. IPOD is where we can bring these issues and agree or disagree," he noted.

Mao also pledged to push for national dialogue and reconciliation conference, to iron out several differences.

The outgoing chairman Akena, urged all parties to put aside their differences and use one voice through the IPOD to fight for their interests.

He said parties always need to come together to discuss issues that come up with solutions.

DP's secretary general, Dr. Gerald Siranda also took over from UPC's Fred Ebil as the new chair of the IPOD Council. He emphasised the need to work with NRM to ensure democracy works.

EALA to expedite the enactment of the EAC Youth Council Law